Coping with the Covid challenge

Timber companies in Africa have stepped up healthcare provision in the face of pandemic. Mike Jeffree reports 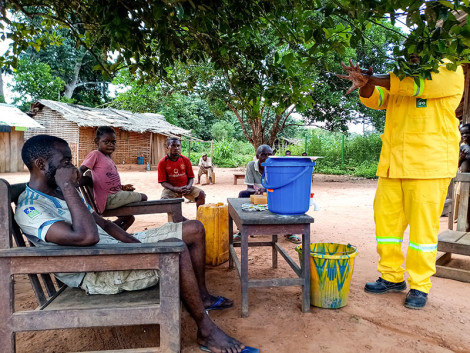 Ensuring the health and wellbeing of workers and dependent local communities is a core obligation of FSC certification for forestry and timber businesses, and one with particular significance in developing countries in the tropics. Covid-19 has taken what this means in terms of action on the ground in Africa to a new level.

Exemplified by the initiatives of two Republic of the Congo (RoC) operations, CIB-Olam and INTERHOLCO, the pandemic has seen companies ramp up investment in medical facilities and equipment. With strategies aimed at both prevention and treatment, the focus has also been on health education and knowledge sharing.

“We’re based in Switzerland, so experienced the early impact of Covid-19 there and were concerned its spread to Central Africa could be very serious. In northern RoC healthcare  infrastructure is limited, so we developed a joint plan with the state for prevention and mitigation,” said Tom van Loon, head of sustainability at INTERHOLCO, whose subsidiary IFO in Ngombé manages 1.159 million ha of certified forest.  “Until May, while there were some cases in the capital Brazzaville, we had none in northern RoC, but we clearly could not risk that situation continuing. It was clear we had a major task ahead, with over 1,200 workers at IFO and the local town of Ngombé having a population of 16,000.”

The pandemic also posed significant challenges for CIB-Olam, which this year achieved 100% FSC certification of its 2.9 million ha of RoC concessions, with accreditation of its Mimbeli-Ibenga operation. The company has a direct and indirect workforce of 2,000, while the population in and around Pokola, where it has its main facilities, is 20,000. Communities around its other sites are home to a further 40,000 people. CIB-Olam’s hospital in Pokola already undertook over 40,000 consultations every year, serving employees and local populations, and its clinics at other operations also treat local people in serious cases.

“We’ve been in northern Congo 52 years and are one with communities around us,” said  head of corporate responsibility Vincent Istace.  “Our response to Covid had not only to be for employees and their families, but the entire local population.”

CIB-Olam says its spend on pandemic measures to date has been €450,000 (CFA francs 300 million). “We received €60,000 from the PPECF and paid the rest ourselves,” said Mr Istace. “And we estimate we’ll spend around another €100,000 this year.” CIB-Olam bought personal protective equipment (PPE) for its workforce and local communities, and  implemented  safe work procedures at its premises. In addition, it set up hand wash and temperature check points at its sites and in surrounding areas. “We constructed a quarantine unit next to our hospital, provided barrier measure training in all concessions and established an ambulance evacuation plan with local authorities for people with the disease,” said Mr Istace.

INTERHOLCO’s Ngombé hospital was established in 2000. Since then it has doubled in size and today includes an operating theatre, maternity facilities and a pharmacy. “For the pandemic, we added four ventilators and three oxygenators,” said Mr van Loon. “We also distributed large volumes of PPE.” Healthcare awareness raising and training was another aspect of the company’s strategy.   “We produced infographics on mask use, distancing and hand washing, while our social team trained local communities in disease prevention.”

There is a public hospital in Ngombé, but it had no running water or electricity. INTERHOLCO also fixed that and provided 40 beds plus medical supplies to convert it into a quarantine unit.

Both INTERHOLCO and CIB-Olam said exchange between companies on tackling the crisis in the region has also proved invaluable. “Pandemic webinars organised by IDH-the Sustainable Trade Initiative were helpful too,” said Mr van Loon. “Input from companies in Liberia was particularly useful, given their Ebola experience.”

Other tropical timber producers, all, like CIB-Olam and INTERHOLCO, members of the Tropical Timber Technical Association (ATIBT), have taken action in the pandemic, investing their own money, but also receiving support from the  German Development Bank KFW via the ATIBT’s Fair&Precious tropical timber promotional programme. Rougier in Gabon has set up hand-washing and temperature check points, issued PPE, undertaken a local health awareness programme and established quarantine zones at forest sites. Precious Woods, also in Gabon, has distributed hygiene equipment, set up health check stations and invested in new clinical technology. And Pallisco-CIFM in Cameroon has worked with subcontractors and local communities to raise awareness on social distancing and other preventative measures. It too has bought medical equipment and increased medicine stocks at clinical facilities near its sites.

So far, incidence of Covid-19 in northern RoC has not been high. “In our area, we believe one elderly woman died of Covid-19 as she had pre-existing health conditions and didn’t get to hospital on time, while another emergency case was evacuated to Brazzaville and was saved by having the ventilator in the ambulance,” said Mr van Loon.  “Other than that, cases have been mild, or asymptomatic.”  One reason for the relatively low impact of Covid-19 in the region is thought to be demographics, with just 3% of the population over 65, against around 20% in Europe. But timber businesses believe measures they’ve taken, in association with local authorities, have contributed to curbing disease spread. Given the unpredictable course of the pandemic, they know too that efforts must be ongoing. “The investment in health education and medical equipment also has a long-term value beyond Covid-19,” stressed Mr van Loon. Mr Istace additionally viewed the Covid-19 crisis in a broader sense; as providing further ‘evidence of the importance of investing in health as part of sustainable ecosystem management’. 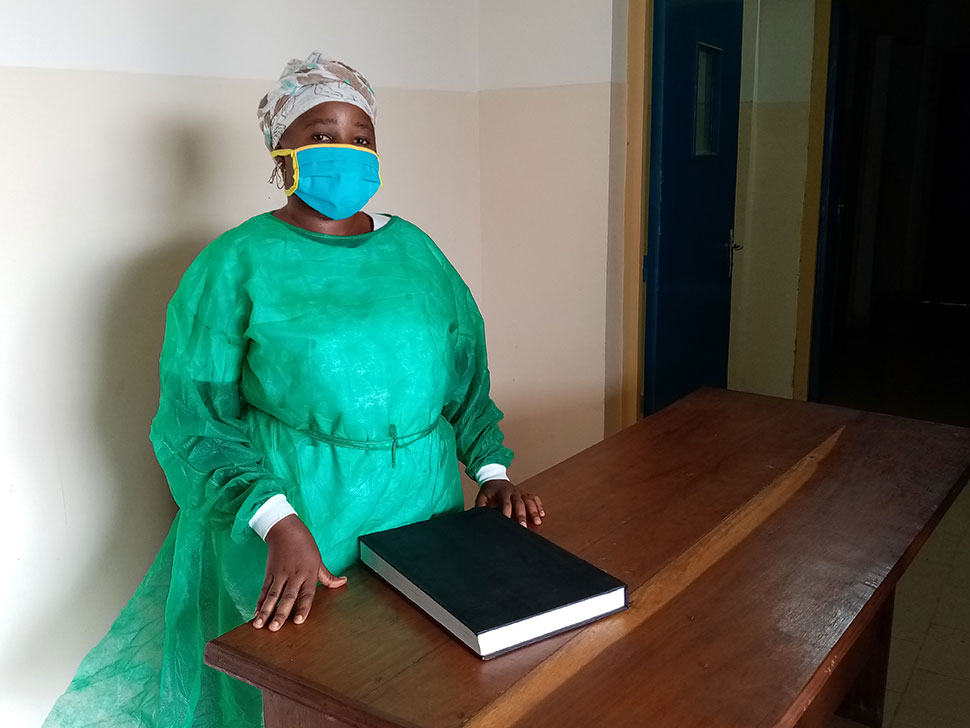