CEMAC is moving towards an export ban on logs

The CEMAC (Economic and Monetary Community of Central Africa) is moving towards an export ban on logs. The 1st, 2nd and 3rd transformation of wood are a priority within member countries. The ATIBT relays this crucial  information for the forest timber industry in Central Africa. 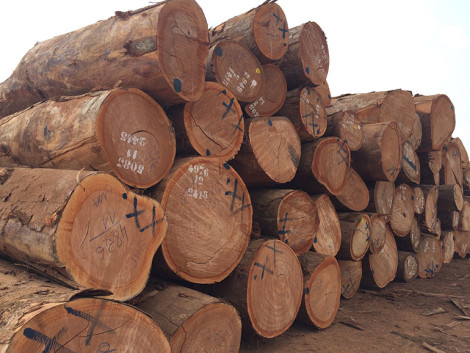 According to the article from New Gabon (available in French), The Cameroon's Forestry and Wildlife Minister Jules Doret Ndongo chaired a meeting of ministers in charge of forests, industry and  environment in Central Africa on September 18 . This meeting validated the decision prohibiting the export of timber in the form of logs by all the countries of the Congo Basin from January 01, 2022.

To support this measure, Special Economic Zones (ZES) will be created to set up the 1st, 2nd and 3rd wood processing industries. The SEZ of Nkok, in Gabon, is more than ever a reference. In addition, these ministers validated the decision establishing the Regional Committee for the Sustainable Industrialization of the Timber Sector in the Congo Basin (Crib) as well as the regulation on the development of forest plantations.

Also, the Council of Ministers validated the decision on regulations designating the International Higher School of Agriculture and Wood Trades (Esiamb) as a sub-regional university institution dedicated to professional training in wood trades.

At the end of the meeting, the sectoral ministers recommended the adoption of these decisions to the Council of Ministers of the Central African Economic Union, in order to make them community acts.

Ultimately, the sub-region would achieve harmonized forestry taxation. To this end, the ministers recommended to the Cemac Commission (Cameroon, Central African Republic, Congo, Gabon, Equatorial Guinea and Chad) to draw up guidelines on forestry taxation that countries should incorporate into their national legislation.

This announcement comes just before the COPIL of the ADEFAC which occurred on the 23th September. As a reminder this project is implemented by RIFFEAC / ATIBT and funded by AFD. This project aims to support continuing training in the wood trades in Cameroon, Congo, DRC and Gabon.

During this COPIL, the various professional associations were able to express their concerns about the short timeframe for the implementation of this sub-regional provision and the lack of qualification of employees in the sector.

The ADEFAC project is therefore timely and provides a new perspective for improving the employability and qualifications of actors.

ATIBT will continue its discussions with national unions to analyze and take action to support this decision.