Gabon on the road to wood construction

As indicated on the Fordaq website, Hans Fahrni, CEO of FACO Construction, is pleased with the effects of the log export ban on the timber industry in Gabon, where the majority of the forest area is FSC-certified (the government's goal is to certify all of them within 4 years). 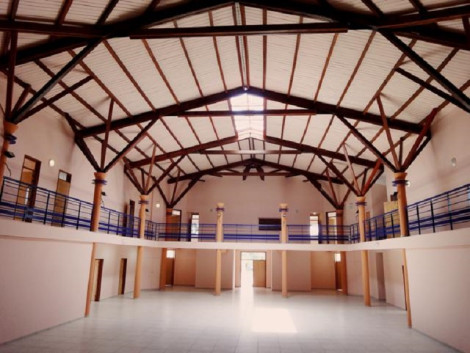 According to Hans Fahrni "exporting a log means transporting 40 to 50 percent of the wood over thousands of kilometers that will be of no use ".

However, it should be remembered that the objective of moving towards the finished wood product, including in construction, is still in early phase : "Everything related to sawing and peeling is well underway, but as soon as wooden elements are assembled, training is needed, which hardly exists here. A few years ago, there was talk of creating a college for woodworking professions : "We did indeed set up a dual training system as in Switzerland, in association with the Biel University. The idea was to train carpenters on a three-year work and study course and then to allow them to join this school to become engineers or senior technicians, in construction or specialized trades such as exterior joinery, somewhat on the same model as the Biel University.

The work had started ten years ago to develop a place of education to improve the provision of services in the field of wood : "Unfortunately, in 2014, the drop in oil revenues forced the investments to be reduced to a quarter of what they were and the school was not built. However, it is possible that it will still be built in the near future." The school, designed to accommodate 300 students and graduate 50 engineers and 50 BTS students per year, is half built and the project has now been taken over by the Ministry of Water and Forests. For the moment, according to Hans Fahrni, Gabon has about 40 carpenters with basic training.

For a long time, it was difficult to train carpenters because young people wanted to become civil servants and work in offices. However, a change in mentality is underway and the forestry sector is becoming more attractive to young people.

Gabon is also seeking to diversify the species exploited, notably by promoting Lesser Known Timber Species (LKTS). Today, Padouk is heavily exploited; Ecowood has just completed the construction of a classroom suspended 15 meters above the ground, as we reported in our previous newsletter.

Hans Fahrni explains that "there are about 75 species that can be used for construction in Gabon. There are also harder woods than Padouk, which glue well and have an excellent resistance, but to work them, they must be degreased. Padouk is demanded internationally and our ambition in Gabon is to form an interest group with the foresters and foresters and the ATIBT to exploit other woods for construction. For that, it is necessary on the one hand that the performances of the wood are known, but it is also necessary to performance of the wood is known, and it is especially necessary that the felling of these trees is included in the FSC cutting plans. For the Gabonese, it doesn't matter if the house is built in Padouk or in another other equally useful species. But it would be better to harvest species that are not used, including to meet the demand for including in order to meet the demand for housing, which has now reached 200,000 units. "

In Libreville, the crosswalks where two fish seem to kiss are also made of Padouk : "The project was first conceived in wood, then it was wood, then there was talk of making it in concrete, steel and in the end, it was wood again. The fish are a symbol of wood construction in Libreville, just like the French embassy. The two fish embracing symbolize the blue Gabon of the sea and the green Gabon of the forest. The future building of the French Embassy is imagined as a kind of floating beam. The project includes the construction of a 2,600 m2 building with annexes and parking spaces. The buildings will be constructed on a 13,000 m2 - the entire site will meet HQE Cerway environmental requirements.

FACO Construction, the TCE company managed by Hans Fahrni, is in charge of the structural work, the particularity of which is a 17-metre high matted veil, the waterproofing of the flat roofs, the floor coverings and, above all, the cladding of the facades, which are made of glued-laminated Padouk and of which the second facade is currently under construction.

ATIBT and the Malaysian Timber Council, common issues for the future of tropical timber
back to the list
UNICONGO and ATIBT sign a partnership to support the private forestry sector in the Republic of Congo