Position of European Partners on SIGIF 2 in Cameroon

We share to our readers this recent position of the European Union and the German Cooperation, in Cameroon, following the launch of SIGIF 2 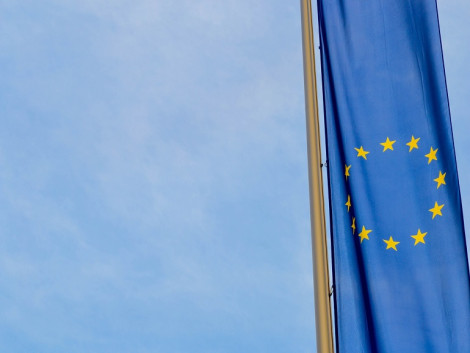 Climate change and environmental degradation are existential threats. To deal with it, the European Union (EU) has the ambition to become the 1st climate-neutral continent by 2050. To achieve this goal, the EU has adopted a "Green Deal", the most ambitious plan so far. This plan follows a roadmap, with massive investments in green technologies and sustainable solutions, on the European continent and in emerging and developing countries.

It is within this bold framework that the Europeans are now engaged alongside their partners, and "Team Europe" is, therefore ready to continue to support Cameroon in developments aiming at better forest governance, greater transparency in the sector, the fight against corruption and illegality, to work for the sustainability and renewal of forest resources, and the mobilization of domestic financial resources, through an incentive forestry tax, including dematerialization and digitalization.  And this, for the common good of the State, the people of Cameroon, the future of its children, and our common home, the Earth.

Thus, the commitment of the EU and Germany (through KfW and GIZ) to Cameroon requires the implementation of the most effective instruments. The 2nd generation Forest Information Management System (SIGIF2), developed in Cameroon since 2015, should have been a crucial step in the implementation of the Voluntary Partnership Agreement on Forest Law Enforcement, Governance and Trade (VPA FLEGT), an international agreement signed 11 years ago between the EU and Cameroon, on the instruction of the Head of State, and ratified by the European and Cameroonian parliaments.

However, its development has been the subject of major disagreements between MINFOF on the one hand and the European Union and Germany, via KfW, on the other.  The latter have openly expressed their differences throughout the SIGIF2 development and evaluation process, while offering their material, financial and technical support to resolve these differences. Indeed, MINFOF contracted a service provider with funding from the German Financial Cooperation (KfW) for a 14-month contract. The contract was extended for 34 months, due to complicated validations of intermediate deliverables by the Acceptance Commission. Finally, the version of SIGIF2 delivered in November 2018 was not received by the ad hoc Commission,  for non-compliance with the specifications. The tests carried out by an independent consultant revealed major malfunctions.  Since then, KfW, as a financial partner, has never been kept informed of developments in this market.  Consequently, Kfw emphasizes that it is no longer committed to this activity.

This is why the European Union and Germany cannot recognize the current version of SIGIF2, which was unilaterally adopted by the MINFOF services, and yet developed with European funding, which should therefore be justified before the European parliaments.

While the EU and German Cooperation are pleased that Cameroon has its own national tool to meet its internal needs, the version of SIGIF2 presented is not the instrument expected under the FLEGT VPA. Consequently, the certificates issued by SIGIF2 cannot be recognized or validated under the European Union Timber Regulation (EUTR), and even less in the context of future FLEGT licenses, which would allow  cost savings and direct and priority access to the European market. The latter cannot be issued until another instrument is put in place, or until a complete overhaul of the tool is carried out, based on a benchmark study conducted with MINEPAT.

Despite these reservations, the European Union, as well as the German Cooperation with its agencies KfW and GIZ, reaffirm their common and firm determination to make their commitment to the APV FLEGT succeed, whose goal is to put an end to illegal logging and the associated trade.

This information was also reported in the media below :

The XVth World Forestry Congress will finally take place in May 2-6, 2022, in Seoul
back to the list
ATIBT technical data sheet : quality of plantation species for timber use