ATIBT presents its sincere condolences to the family and friends of Dr. Alain Marius Ngoya-Kessy, who died on April 10, 2021. 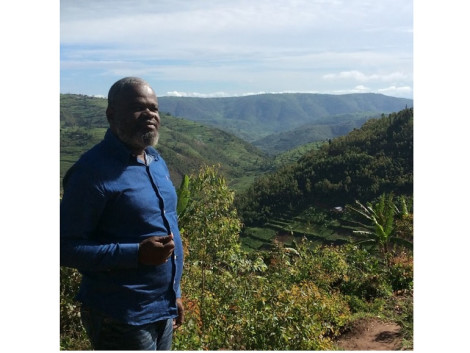 In his fifties, Alain Marius NGOYA - KESSY was one of the worthy sons of the Congo on whom the forest wood sector can count. Alain Marius NGOYA - KESSY was indeed a forestry engineer and economist, trained at the Academy of Forest Techniques of Saint Petersburg in the ex-USSR, holder of a PhD in forest economics from the State Forestry University of Moscow in 1997, with the option of forest management, and a disciple of the Russian academician and Professor Anatoly Petrov. He has dedicated his entire life to the sustainable management of Congolese forests with a view to the further and diversified transformation of resources such as wood, NTFPs, wildlife and protected areas.

In 2002, he got a "young professionals" scholarship by the FAO under the supervision of Dr. Oudara Souvanavong for a short training course on forest education at the Forest University of Salé in Morocco. In 2007, he won the first OIF post-doctoral training scholarship program for a one-year internship in France at CIRAD in Montpellier and at ENGREF in Nancy. Alain Marius NGOYA - KESSY perfected his skills in environmental economics under the supervision of Professor Harou and Dr. Guillaume Lescuyer. During this time, he developed scientific contacts with Dr. Alain Karsenty. With all these high degrees and already practicing for more than 20 years, the man acquires expertise and experience through his teaching position at the Marien Ngouabi University (ENSAF) and high functions in the forestry administration. Indeed, from 2002 to 2014, he was successively Director of Studies and Planning, Advisor to Minister Henri Djombo and Director of the development of forest resources.

Our scientist is fluent in 4 European languages and 5 Congolese languages. Atypical, he has become a specialist in wood industries, forest and wood economics, environmental economics and sustainable development. He was part of the investigation team on the "Timber house" project to enhance the value of wood material at the national level. For him, forest represents something sacred, « it exists long before man and allows him to provide for all his needs since the dawn of time ... since the beginning. It is a source of biodiversity, oxygen, food, pharmacopoeia, inspiration, etc. American scientists have shown that trees communicate with each other through rainwater runoff and the root system. » Congo is 75% covered by forest, what did he think of the current management of Congolese forests? Our expert, at ease in his field, was not stingy: "The Congolese forests can be better managed. Apart from the areas allocated to CIB Olam and IFO, the rest of the areas deserve a real concern to improve economic, social and environmental performance. We have regressed in terms of further and diversified wood processing. Management training and capacity building have gone backward, we lack expertise in all segments of forestry. This is reflected in the use of personnel who have retired," he wrote.

As a teacher-researcher at Marien Ngouabi University, Alain Marius NGOYA - KESSY passes on his love for forest through courses related to forest policy, trade of tropical and African timber, forest certification and timber traceability. To young people who have the impression that this sector is closed, he retorted: "Young people know little about this sector. This is due to the lack of training and promotion. The media should talk more about this very promising sector. There is also the bad conception of the young people who always find fault with the jobs close to nature. Young people prefer to rush into saturated sectors such as economy, finance, law, etc. I suggest that they study forest and environmental economics, forest law ... ".

He is the author of several publications, books and technical reports that have contributed and are still contributing to changing forest management practices in Congo. We can cite: "The state of the private actors of the forest-wood sector in Congo in 2019" or "The consideration of NTFPs in the economic value of Comifac countries in 2020". Initiator of the FOT taxation, his reflections and contributions have almost quadrupled the forest revenues of Congo.

Passionate about knowledge, the spiritual sciences have not remained on the margin of his personality. He is also one of the great pan-Africanists, traditionalists who advocate the reconciliation of Africans with their history and the equitable retranscription of cultural values. He traveled the world, Africa in particular. Moreover, among his last memoirs, light was made on Egyptology ... Embraced by an unparalleled love for his people and for the Congolese youth, aspiring to a better future, he leads between 2005 and 2015 an unequivocal political speech referring to the pure dogma of the art of managing the nation. It is a pity that the paradox being great in this field, he left in 2015! Since then, our man has devoted himself entirely to in-depth research on topics both current and related to his favorite field or many others for which he was fond of until his last days.

Born on April 8, 1966, in Brazzaville, he died on April 10, 2021, in Pointe Noire. He leaves us married and the father of 9 children. Notwithstanding his biological family, his collegial and friendly circle remains a rare essence that has disappeared from the national landscape.

Based on his experience, and on what was to come shortly, it is worth mentioning that the Congo, Africa and the scientific world have lost a point of reference.

Dr. ALAIN MARIUS NGOYA-KESSY was buried on Wednesday, April 14, 2021 in the city of Pointe Noire.

RIP! Forever in our hearts 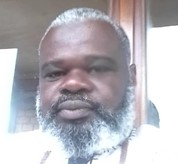 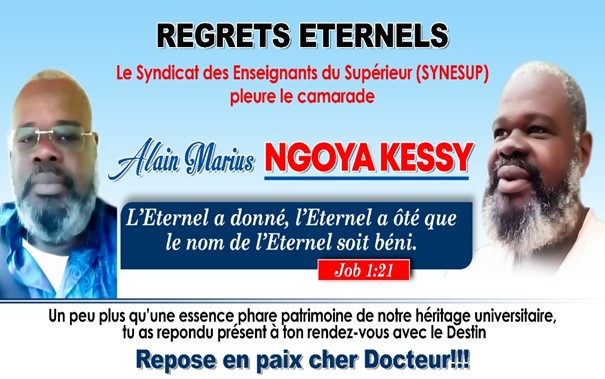 Only few days left to register for the webinars "The role of forest certification in the EUTR" in Dutch and Italian
back to the list
Presentation and launch of the Themis portal: a tool for monitoring responsible wood trade