Are elephants attracted by regenerating woodlands?

Members of CIRAD, Nitidae and the François Sommier Foundation recently conducted a study on elephant movement preferences in the Gile National Park in Mozambique. This study was published in the African Journal of Ecology. 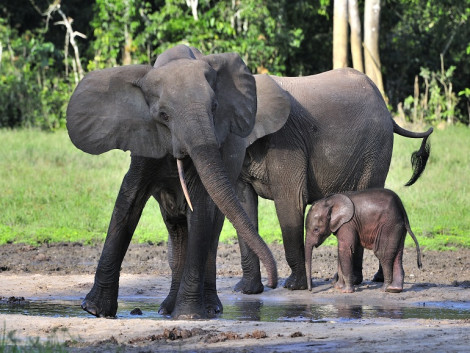 In Africa, subsistence agriculture remains a major cause of deforestation and affects biodiversity, including large mammals such as elephants. However, elephants also sometimes affect the livelihoods of people living near protected areas by degrading crops. To better understand the interactions between populations and elephants around protected areas, members of CIRAD, Nitidae and the François Sommier Foundation equipped several of the fifty elephants living in the Gilé National Park (Mozambique) with GSP collars. By monitoring these animals, the team in charge of the study was able to observe why elephants spent a part of their time outside the National Park.

In this region, slash-and-burn agriculture has fragmented the area into several zones through which elephants move, distinguished by the study: forests, cultivated clearings, and regenerating woodland at different stages of regrowth. Thanks to the GPS collars, the researchers were able to analyze the land-use preferences of the tracked animals, and thus observe their tendencies to raid crops. The original hypothesis, based on previous studies, was that elephants are attracted by regenerating woodland, which provides them with vegetation suitable for their diet.

Elephants monitored in the study confirmed this tendency, especially females, who preferred older regenerating woodland. Males, on the other hand, have a greater tendency to raid crops than females. Overall, the study suggests that the attractiveness of regenerating woodland for elephants is a factor to explain their movement outside of Gile National Park.

You can see the full article here.