And if your carpenter was a woman?

In Africa, more and more young women are entering the forestry and wood sector, and many of them have a high level of education. 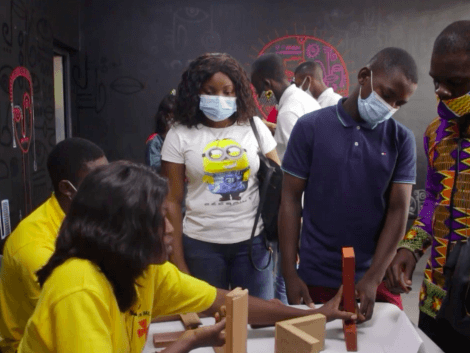 They have, as their environment wishes, started studies in subjects such as law or economics, but become aware that this is not their vocation and decide to embark on woodworking professions through professional training.

With this in mind, and in order to be able to support each other in this traditionally male sector, two professional associations of female entrepreneurs have already emerged: “Artisan au féminin” chaired by Mrs. Hélène MAPOKO ENGOHE in Cameroon, and “Women in Wood” chaired by Mrs. Lidwine NDJOGAS in Gabon.

The regional exhibition of CIRAD in collaboration with the French Institutes in Central Africa on the theme "The future of forests is in your hands", during its visit to Cameroon, organized a workshop on March 26 and 31, 2021 in Douala on the theme "What possibilities for women in the forest-wood sector?".

Two video clips, each about 3 minutes, were produced to share the highlights of this workshop and to fix in individual and collective memories the realities and opportunities of the forestry sector for women and young people:

Through the Support for the Development of Continuous Training in the Forest-Timber Sector in Central Africa (ADEFAC) project, RIFFEAC and ATIBT wish to encourage these initiatives and facilitate women's access to continuous vocational training. It is within this framework that a gender audit was carried out with the Member Institutions (MIs) of RIFFEAC, and that a Gender Strategy with an action plan for the coming years was developed by the consultant and gender expert Mr. Thaddée YOSSA.

The results of the gender audit of RIFFEAC and its MIs in terms of the number of women and the obstacles encountered reveal the following:

Proportions of men and women in RIFFEAC MIs

The average gender profile in MIs in 2019 and 2020 shows that men are in the majority for both staff and learners:

It should be noted, however, that women represent only 11% of permanent teachers and in 2020 represent 32% of support staff, 24% of supervisors and 30% of executives.

This rate of female staff representation is greater than 20% in some MIs such as: ENEF Gabon, ENEF Mbalmayo 28%, and IPRC Kitabi of Rwanda.

Main constraints / obstacles for women to access positions of responsibility:

The “glass ceiling” is according to women's responses a consequence of the perception of low skills of women, the socio-economic constraints they face, and backward perceptions.

The gender issue of RIFFEAC and its MIs can be broken down into 8 points:

Limitation of results: availability of data from MIs

The gender situation in the RIFFEAC MIs thus revealed does not, however, make it possible to identify all the contexts of the RIFFEAC member institutions, because the data collected is incomplete (19 out of 27 MIs participated) and not necessarily up-to-date. Some MIs were indeed unable to provide statistics disaggregated by gender of learners for the years 2019-2020. Each MI should produce statistics disaggregated according to the gender of their staff and learners.

EKWATO: Risk analysis in the timber industry in real time
back to the list
Leroy Merlin Spain and the COPADE foundation promote certified timber