What's new on the EUTR? 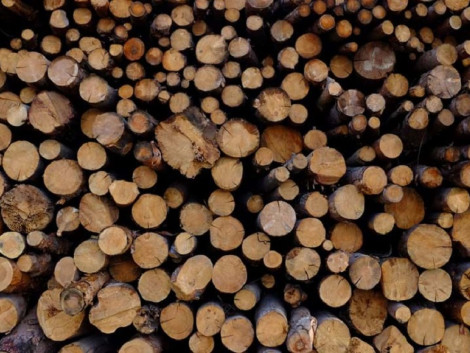 Review of the last months' news

As every quarter, the latest Client Earth newsletter sheds light on the latest actions taken by the European Commission in the framework of its Timber Regulation and the issues identified.

The news of this last quarter is thus marked by the issue of the legality of timber, which the EUTR is still struggling to ensure. This issue has also marked the latest publications and webinars, which have dealt with illegal imports of tropical plywood, the trade in illegal timber in the Balkans and Turkey, as well as a public consultation on the risk assessment of timber legality in the DRC, among others.

At the end of its quarterly newsletter, Client Earth now identifies a topical issue related to the EUTR and provides a legal analysis. Here Client Earth analyzes the sanctions provided for under the EUTR and their effectiveness. Article 19 of the Regulation requires Member States to provide sufficient means to ensure the proper implementation of the EUTR, which implies the application of sanctions in case of non-compliance. Member states are required to develop systems of sanctions in accordance with national law, while respecting the principles as defined by the Court of Justice of the EU of " “effectiveness, dissuasiveness and proportionality”. While some states have adopted a system of a penalty regime, some have implemented a system of criminal penalties, and others a combination of both. In general, Client Earth notes the inadequacy of sanctions and thus underlines their ineffectiveness in combating the trade in illegal timber in the European Union: the fines imposed in the event of an infringement are often low compared to the maximum limits set and extremely negligible compared to the potential profits of the companies in an illegal situation. Many Member States have not established minimum fine thresholds or have set them very low, resulting in sometimes merely symbolic amounts of a few tens or hundreds of euros. Client Earth's analysis thus calls for a strengthening of the sanctions of the EUTR and highlights the interest that the Commission would have in having a harmonized system of sanctions adopted for all Member States.

As mentioned above, the Commission has published a summary of the implementation of the EUTR in 2020. In particular, it lists the checks carried out for the timber sector:

Study on certification schemes in the EUBP framework published

A Study on certification and verification schemes in the forest sector and for wood-based products, commissioned by the European Commission from Preferred By Nature, was recently published. This study, available in English, aims to enable stakeholders in the sector to better understand the alignment of certification schemes with the requirements of the EUTR. In particular, it reminds that certification of wood and wood-based products does not dispense with a risk assessment.

The study can be downloaded here.

We remind that ATIBT offered webinars on the role of forest certification in the EUTR, whose presentations and replays are available here in 5 languages (French, English, Spanish, Italian and Dutch).

ATIBT's response to the article "Cut less and let rest: a new management of tropical forests is needed”
back to the list
Discover the extraordinary variety of African timbers