An active start for the ATIBT commissions 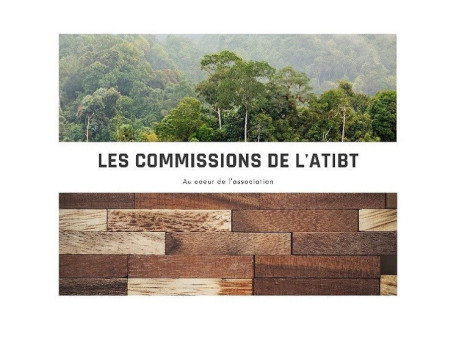 These four commissions inaugurated for the ATIBT team a new format of hybrid meetings. A part of the participants gathered in Nogent-sur-Marne, and were able to exchange by videoconference with the rest of the participants, which allowed for rich and lively exchanges.

It is recalled that only ATIBT members have the possibility, upon request, to obtain the minutes of the commissions.

The Timber and Standardisation Committee

In addition, a discussion took place on the advisability of taking up the rules for timber classification, a subject that had been the subject of a project in 2018-2019. Finally, an exchange took place on the further circularity of tropical woods, and it was agreed that a paper would be presented on this subject in the coming weeks.

The certification commission has been recognized as a particularly active commission, with involved members and two dynamic sub-groups "FSC/IFL" and "Imported deforestation". The activities of these two sub-groups over the last few months were presented, with the FSC GA at the end of the year and the recent publication of the EU draft regulation on imported deforestation in mind. In this regard, ATIBT is advocating for better recognition of certification. Regarding IFL, the sub-group is involved in the FSC Focus Forest project to see how its results could help to change motion 65 (establishing the protection of IFL), and how to integrate them in the motions that ATIBT and its members wish to propose at the next FSC GA.

A report on the progress of certification in the Congo Basin was also presented. Caroline Duhesme, who monitors the trends of the last few years, highlighted the medium-term prospects: the legal and sustainable certified areas could reach more than 4.5 million hectares in the Congo Basin within two years. In total, 9 million hectares have benefited from a PPECF coaching diagnosis since 2017. It was noted that the time to move to certification is quite long, the results of this program should be notable in 2022/2023. 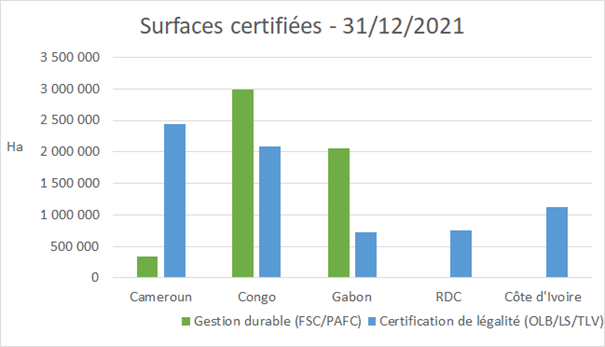 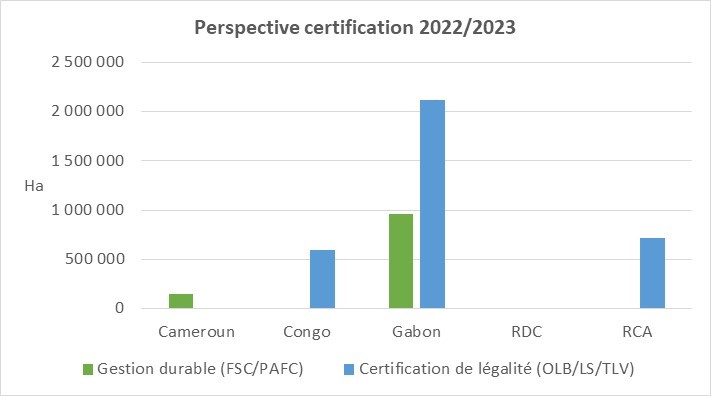 The commission discussed the recognition of the Congo Basin PAFC by the PEFC Council on December 9. Germain Yéné, the project manager, presented the latest news of the Congo Basin PAFC: while the accreditation of certification bodies has begun and the first training session for auditors will take place in the spring, communication is now a major issue in the deployment of the scheme.

During this meeting, Esteban Toja of the FSC Congo Basin presented the perspectives of the FSC system in the sub-region. After a reminder of the results of the virtual GA of October 2021, the ongoing actions (particularly in Gabon) were reviewed, as well as the start of the pilot project on the FSC Ecosystem Services procedure.

The ATIBT marketing commission did, as usual, a recap of the difficulties encountered by the actors of the sector to market certified tropical timber. The participants underlined that the logistic conditions, in particular transport, remain complicated and fluctuating, despite a maintained demand. There is a need to communicate on these logistical issues. In addition, it was noted that African wood currently enjoys a competitive advantage because prices have increased only slightly, while prices of other woods have risen sharply in recent months, an advantage that should be communicated.

The issue of deforestation, and the growing concern of consumers on this aspect in particular, requires a refinement of the ATIBT lines of communication: we note that sustainable forest management as such has been overshadowed by the issue of deforestation. These communication and information efforts are at the heart of the commission's work. It is crucial not only to increase transparency in the sector, but also to be able to rely on documented and precise arguments to promote certified tropical wood. The example of SOLIDEO is a good example and is a symbolic victory. During a meeting between SOLIDEO, LCB, ATIBT and a few companies on January 24, SOLIDEO showed that it was attentive to the ecological, technical and aesthetic qualities of certified tropical timber. If the timetable does not allow for "rewriting" the specifications for the construction of the 2024 Olympic Games, SOLIDEO has expressed its desire to communicate on the advantages of certified tropical woods and to open certain orders to the use of these woods.

The participants of the commission have thus stressed the importance of capitalizing on the synergies of ATIBT, certification bodies and certified operators to coordinate communication actions on the international scene.

In addition, this marketing commission was an opportunity to present the activities of SNCF on wood under rails. For several years, SNCF has been using tropical timber for part of its sleepers and supports, namely azobe and okan. Recent tests on eveuss did not prove satisfactory, and SNCF, accompanied by CIRAD, is seeking to diversify the species used for wood under rails.

Various topics were also discussed in connection with the ATIBT marketing program: the upcoming production of short documentaries on sustainable forest management in the Congo Basin, the organization of the Forum 2022 and the 70th anniversary of ATIBT next June, as well as the Dryades and Themis projects.

Launch of the ATIBT carbon commission: making the link between forest operators and carbon market actors
back to the list
Using tropical timber for decking: a market to promote