News from the sector in the DRC

The situation is quite tense in the Democratic Republic of Congo, where industrial loggers blame Mrs. Eve Bazaiba for blocking the signing of cutting permits for the year 2022. The companies are thus threatening to take measures to win their case. 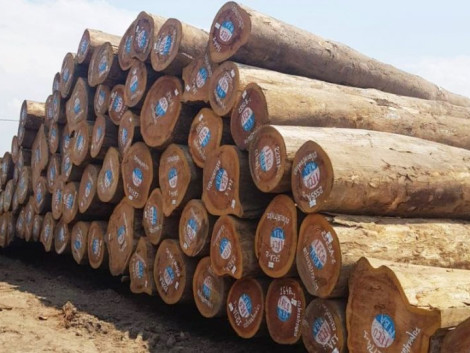 From the government, it is said that this is the implementation of the 10 urgent measures adopted by the Council of Ministers last summer. As a reminder, Mrs. Eve Bazaiba, has adopted in the Council of Ministers 10 urgent measures relating to forest management. The current suspension of cutting permit signatures would relate to the application of measure 9, relating to the suspension of the export of all timber species. However, the office of the Deputy Prime Minister would promise the rapid establishment of a commission to deal with cutting permit application files on a case-by-case basis.

The FIB (Fédération des Industriels du Bois) denounces the situation and warns of the implications of such a decision for a major sector of the socio-economic landscape in the DRC, in particular for local populations. For the FIB, this decision could create social tensions. In addition, the operators blame the Deputy Prime Minister for the lack of communication on the subject, which crystallizes the reproaches, as underlined by the FIB President, Gabriel Mola Motia: “If Eve Bazaiba does not sign the permits, we will ask companies to send workers back on technical leave. To no longer pay area taxes. We wrote to her. She never answered, she does not pick up the phone, in short, no communication is established to find out what is really going on.” This opinion is shared by the CNEIB (National Coalition against Illegal Logging). Its executive secretary, Philippe Nzita, is concerned about the direct consequences of stopping logging for local communities and people employed by logging companies.

More generally, this situation raises questions for the global supplier chain, particularly with regard to current contracts and deliveries. To be continued.

The “agroforester” farmer might be the “next forester”
back to the list
SAVE THE DATE: From June 28 to July 1, 2022 the CBFP will hold the 19th Meeting of Parties and celebrate its 20th anniversary