The 19th Meeting of Parties (MoP) of the Congo Basin Forest Partnership will be held in Libreville, Gabon, from 5 to 8 July 2022. This will be an opportunity for ATIBT to present the conclusions of the DYNAFAC collective on sustainable forest management. 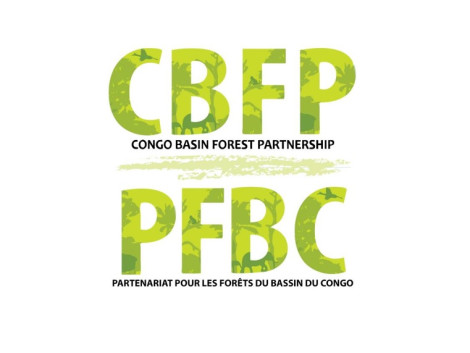 To register, please click here! To participate, registration is required before May 20, 2022.

This Meeting of Parties will be organized by the CBFP Facilitation of the Federal Republic of Germany in close collaboration with the Republic of Gabon and the Central Africa Forest Commission (COMIFAC).

Following a review of recent major international conferences and the status quo in the Congo Basin , three main themes have been selected for discussion in four streams during the first two days of the 19th MOP:

(1) Sustainable Land Use (1a Prerequisites for effective and sustainable land use planning and 1b Conditions and prospects for a sustainable timber economy);

(2) Biodiversity : the future of protected areas

In addition, the second half of day two will be devoted to two round table discussion formats on hot topics, such as improving and coordinating technical and financial contributions for the Congo Basin and the draft EU legislation on deforestation-free products.

The CBFP colleges will have the opportunity to hold college meetings on day 3 of the MoP 19.  Later, a high-level political dialogue between the Regional College and the Donor College will take place alongside the CBFP Governing Council, which will be holding its 10th Meeting.  On the evening of Day 3, the CBFP will celebrate its 20th anniversary with a Gala evening in the presence of former CBFP Facilitators  featuring a retrospective of the past 20 years of the CBFP and a look at the CBFP’s vision for the next 20 years.

On Day 4, the 19th CBFP Plenary “General Assembly” will be held, a high-level political segment.

The ATIBT has proposed to include the closing ceremony of the DynAfFor project in the framework of this meeting. This ceremony will have the objective of rethinking and reinforcing the sustainability of forest management among the authorities, decision-makers, institutions and stakeholders of sustainable forest management in Central Africa.

As a reminder, the DynAfFor project, supported by the DYNAFAC collective, has been emblematic of the research carried out over 30 years on forest dynamics in the Congo Basin.

An exhibition area will be set up to accommodate about twenty exhibitors from among CBFP members.  Information on the logistics of the exhibition will be made available soon on the CBFP website. Networking sessions will also be included on the meeting agenda.

An optional field trip for CBFP MoP 19 participants will take place before the first day of the CBFP MOP 19 to get some on-the-ground insights before commencing the thematic discussions.

This event  will be organized with the financial support of the German Federal Ministry of Economic Cooperation and Development (BMZ) and implemented by the German Technical Cooperation (GIZ).

Timber, the sustainable material of the 21st century
back to the list
New tropical species listed in the European Union's Annex D: what steps should importers take?