The Carbon & Biodiversity Commission gathers about once every two months the relevant news and information on carbon and biodiversity and prepares a summary. We share with you here some extracts of the newsletter n°5; the complete newsletter is available on request for ATIBT members. 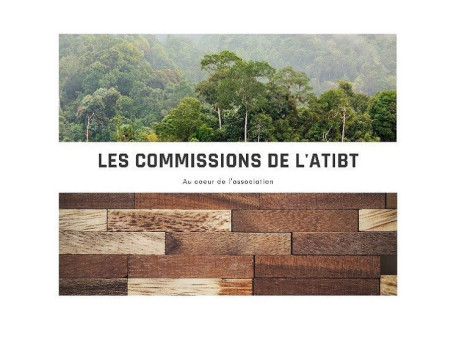 Unlike carbon, which can be measured on the basis of CO2 equivalents, biodiversity, because of its heterogeneous nature (diversity of genes, species and ecosystems) is much more difficult to measure. This explains why there are not yet any "biodiversity credits" to which a price can be assigned, and which could therefore be monetized in the same way as carbon credits. (…) An article by Alain Karsenty published in the AGEFI media opens up perspectives for assigning a price to biodiversity, which would be taken into account in the investment decisions of companies. This price would be calculated on the basis of the estimated loss of monetary value resulting from the loss of certain ecosystem services. (…)This does not exclude, of course, advancing the reflection on biodiversity credits (offset logic) that the Carbon Commission will closely follow in the coming months with Carbone 4.

Ecosystem Marketplace (EM) is the global leader in analyzing data on environmental finance and other payments for ecosystem services. EM has the largest database of voluntary carbon market data. In August, EM released its quarterly State of the Market report. The newsletter summarizes the main topics covered.

The construction sector worldwide is responsible for 35% of greenhouse gas emissions. (…) In order to significantly reduce emissions, it is necessary to use renewable materials, such as wood. This is why timber is a very attractive material because, over its life cycle, it has a very small carbon footprint (10 times smaller than concrete, and significantly smaller than steel) and requires little energy and water. In the case of sustainable forest management, wood is 100% renewable. (…)But it's not just about the material. Behind a building is a whole manufacturing process. In addition to a great opportunity to avoid emissions related to other materials, wood construction creates employment, improves health and well-being, among other things. Timber construction can contribute significantly to some of the 17 sustainable development goals to be achieved in various areas by 2030.

Officially recognized as a Negative Emission Technology by the IPCC in 2018, biochar, a product of the pyrolysis of organic matter, can sequester carbon over 100 years .Depending on the pyrolysis yields, and after deducting the CO2 emissions during the project life cycle, it is estimated that one ton of biochar can sequester between 2 and 3 tons of CO2 . When applied to soil as an additive, it also improves soil structure and fertility. (…) Knowing that a sawmill has a yield of about 30%, there is a real opportunity for forestry companies to sequester carbon in the soil, to actively participate in national emission reduction strategies and to contribute to the improvement of the living conditions of local populations through the production of biochar and the valorization of their industrial wood waste.

Finally, the newsletter provides information on members' news and events in the coming months.

The newsletter is available on request for ATIBT members.

Your contacts at the Carbon & Biodiversity commission :

International Hardwood Conference in Lyon
back to the list
Update English version: Analysis - The European project to combat imported deforestation: the limits of an undifferentiated approach