The Certification Commission was held this Thursday, November 24 in videoconference on the background of major advances in the development of FSC and PEFC/PAFC certifications in 2022.

As a reminder, the minutes of the commissions are available on request for ATIBT members. 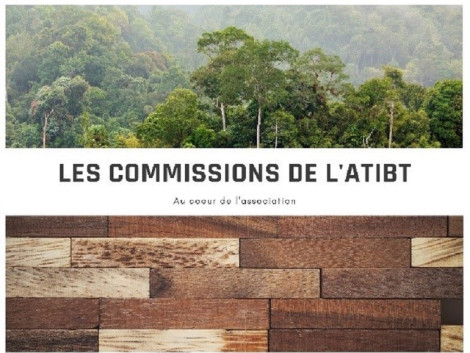 Update of certification data and PPECF coaching in the Congo Basin

The meeting began with an update of certification figures and prospects in the Congo Basin, which will be the subject of a forthcoming article.

A report on the PPECF coaching program was also presented, showing that a number of companies supported by the program have achieved a first level of certification with a certificate of legality. 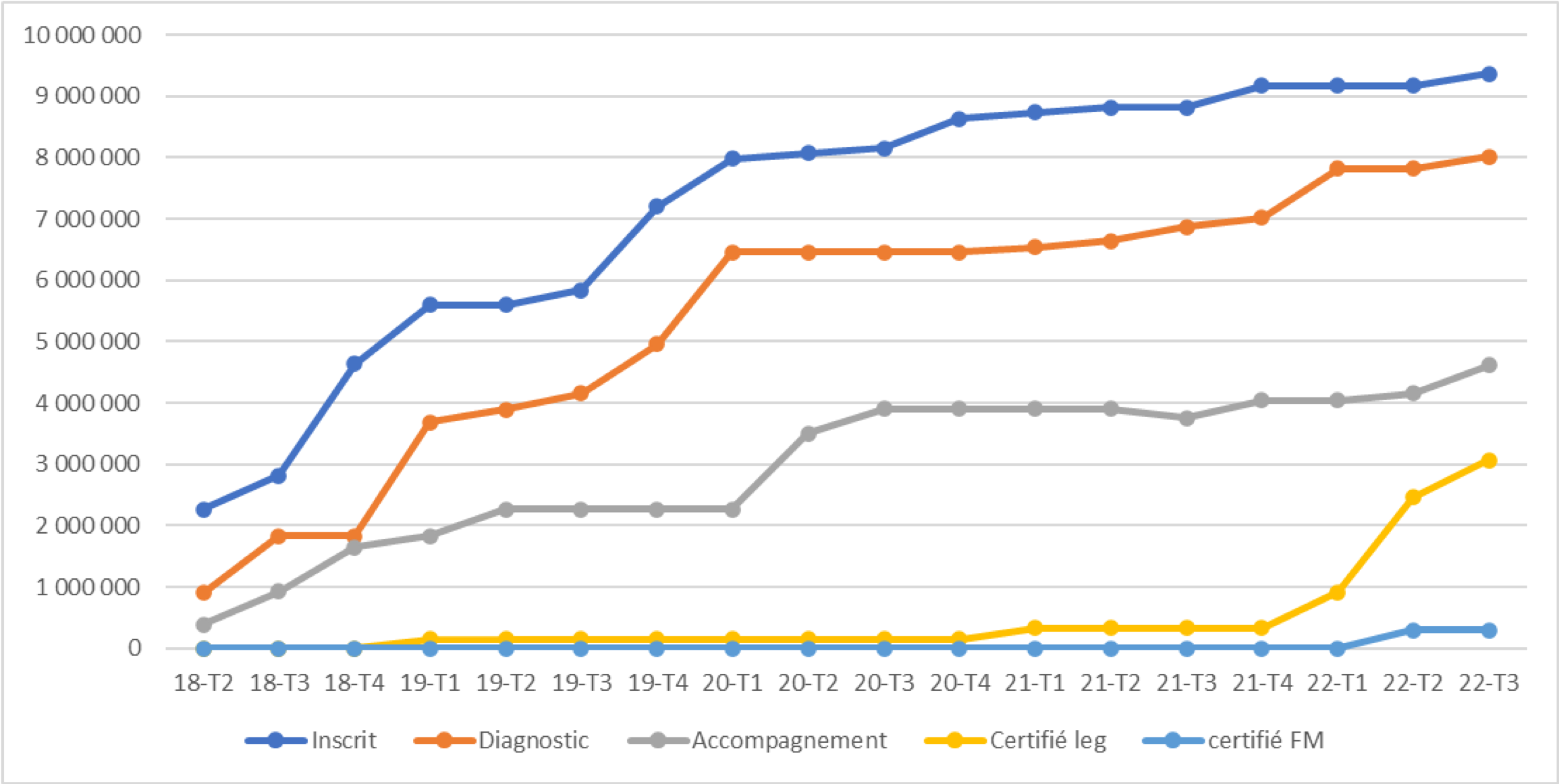 Balance of the accompanied surfaces for the period 2017-2022

Return on the FSC General Assembly

The work on IFL (Intact Forest Landscapes) has been a major focus for the Commission for several months, with a very active IFL group in 2022. An important work on the motions 10,19, 21 and especially 23 was carried out, with success since the motion 23 was largely adopted during the GA. As a reminder, the objective of this advocacy was to ask FSC to revise motion 23 in consultation with the national sub-groups to integrate the concepts of landscape approach, taking into account field data, risk/benefit approach of conservation measures, and conservation priority. Now that the motion has been voted, it is a matter of co-constructing a solution with all the stakeholders.

The GA was an opportunity to meet stakeholders with whom we usually do not exchange much and to open our discussion horizons.

Finally, the Commission presented the other important motions for the sector voted at the FSC GA, notably Motion 01 (the addition of French as an official language) and Motion 49 (on the FSC Ecosystem Services procedure).

FSC is working to improve the recognition and use of ecosystem services in the Congo Basin. The 30 006 procedure developed by FSC will be revised to simplify and complete it (according to a motion 48 voted in 2021) and allow it to be positioned as a tool for ecosystem services certification (according to motion 49 voted this year). A technical working group has been created by FSC, and ATIBT is a member of the advisory committee.

Thanks to PPECF funding, the procedure is being tested in four forest concessions in the Congo Basin, with the development of manuals and tools that will facilitate the implementation of the procedure in other concessions.

While the Congo Basin PAFC was officially recognized as a full certification at the PEFC International GA last week, a review of the year 2022 was presented to the Commission. Thomas Seyvet reported on auditor training, the accreditation of Bureau Veritas (and the process underway by Control Union), the open days and company training organized in Cameroon, Gabon and Congo. He also announced that the first PAFC Congo Basin audits are already scheduled for the end of the year. Reflections are underway on the continuation of the operationalization phase of the scheme, and the feasibility of extending it to the DRC and the CAR.

The "Carbon Stock" and "GHG" tools developed by TEREA in the framework of the Congo Basin PAFC project were also presented. Pierre Schueller (TEREA) presented these tools which aim to calculate the GHG emissions of the forestry companies thanks to an Excel calculator and to evaluate their carbon stocks on QGis. A "Hot line" is also planned for the first months of use of these tools, provided by the Carbon Commission. The forestry companies present were enthusiastic about testing these tools; the question now is how to train the auditors on these tools.

Update on the draft EU regulation on deforestation

The Certification Commission has returned to the draft EU regulation against imported deforestation. Without neglecting the difficulties and the relative unknown in which we find ourselves concerning certain provisions, it is necessary to underline that this regulation is an opportunity to promote legal and certified tropical timber and to highlight the commitment of the actors of the sector in sustainable management.

It is necessary to communicate positively and to lead a collective action with our European partners to defend our positions, in particular to plead so that the definitions of forest and degradation do not present any ambiguity on the recognition of sustainable management.

Towards more interactions between the different ATIBT commissions ATIBT?

At the end of the commission, the question was raised as to how to make better use of the figures produced by the Certification Commission, a concern that is in line with the demand expressed by ATIBT members to see more figures and statistics relayed.