With the help of the NGO Juristes pour l'Environnement au Congo, JUREC conseil (RD Congo), a study has just been carried out on behalf of the FIB and as part of its collaboration with ATIBT through their projects. FLEGT funded by FFEM, EU and PPECF. 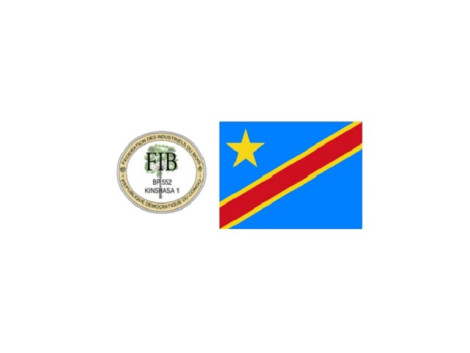 In an article published by ATIBT on February 6, 2020, entitled: "taxation, a specific principle of the legality grid within the framework of the APV-FLEGT", the Fédération des Industriels du Bois (FIB) deemed it appropriate to make an assessment of the taxation and parafiscal system of the DRC's forestry sector in order to observe its evolution to date. In 2012, the FIB carried out a study on the establishment of a coherent, stable and transparent forestry tax system within the framework of the FLEGT-FAO project financed by the European Union.

Thus, the NGO Juriste pour l'Environnement au Congo has just published a study, the main objective being both to present an inventory of forestry taxation from 2012 to 2020, and at the same time, to assess the situation of industrial forestry companies in order to better target advocacy actions in the sector.

Specifically, the study not only tries to update the data relating to the taxation / parafiscal system applicable to the forest-wood sector, but also identifies the sectors involved and affected by logging activities, their origins or legal sources, the generating acts, the rates applied, the issuing services and the receiving services authorized to collect taxes / duties / fees / taxes at the national and provincial level.

It is obviously understood that an assessment has been made to identify the level of taxes, duties, fees and taxes, differences in the rate, consistency or inconsistency, as well as possible solutions.

Starting from 2012, eight (8) years later, the configuration of this taxation / parafiscal system has not remained the same due to the reforms undertaken by the State and the evolution of the timber sector in terms of texts. legal and national policy regulations at both national and provincial level.

Overall, the study highlights the findings on the various changes undergone around the taxation / parafiscal system of the Congolese forestry sector with regard to the ordinance-laws of 2018, particularly in terms of the creation or not of taxes, duties and royalties, changes in the applicable rates, the terms of application as well as the responsibilities in the payment procedures (commitment, authorization, settlement and payment).

In total, 97 levies were identified, while in 2012, the sector had 104 taxes, a decrease in the number of levies to 6.70%. Despite this, this taxation / parafiscal system is undergoing major changes.

With a view to improving the Congolese tax system in the forestry sector, general recommendations have been formulated in the sense in particular of: (i) harmonization of legislative texts and the development of missing implementing measures in order to participatory way, (ii) the definition and clarification of competences to avoid overlap in order to prevent conflicts in perception, (iii) the rationalization of the levies of central power, the provinces and the Decentralized Territorial Entities by eliminating the levies without consideration and those having a redundant character and (iv) the revitalization of the publication of legal and regulatory texts in the official journal and especially those produced by the provincial level which are not often available or obtained with difficulty through other channels of 'information.

Ultimately, the study resulted in specific recommendations affecting the logging, cross-border trade (export and import), tax, transport and other sub-sectors best located in the study.

The list of taxes, fees and royalties in the Congolese forestry sector for 2020 including the various levies by sub-sector, indication of the rate and schedule, the taxing and collecting service, has been drawn up for the needs of the various interesting actors.

The content of this document is the sole responsibility of the ATIBT and can in no way be considered as reflecting the opinion of the EU, FFEM or KFW.