Gabon presents its ambitions for the timber industry through the “2021-2023 acceleration plan”. 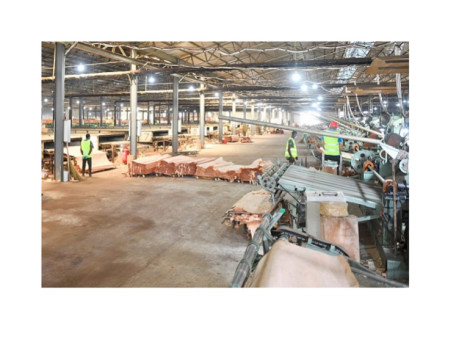 This plan aims to accelerate the diversification of Gabon's economy. The country's objective is to become the world leader in processed tropical wood. "We are already the leading producer of plywood in Africa. We can be by 2023 the leader of processed tropical wood in the world," said the Prime Minister on January 18, by presenting this development strategy.

According to the Prime Minister Madam Rose Ossouka Raponda, to achieve this, Gabon intends to strengthen wood production by launching a major program of eucalyptus plantations, and by limiting harvesting from its primary forests.

The Gabonese authorities are also planning to make reforms to consolidate the number of forest loggers. The idea is to have fewer companies, better capitalized and respecting national rules and international certification standards. In short, forest operators capable of investing and being socially responsible towards local communities, by developing concessions over larger areas.

"We intend to play an important role in this process for the National Timber Company of Gabon (SNBG) to support Gabonese loggers", underlines the Prime Minister.

According to the newspaper, “Le Nouveau Gabon”, at the end of September 2020, the production of lumber represented 870,410 m3 and the production of plywood units increased by almost 27%, to stand at 37,358 m3 during the same period. The authorities are staking on the timber industry for the diversification of the country’s economy and the mobilization of budgetary revenues.

50,000 new jobs are expected to be created within five years in this sector, which is already establishing itself as one of the best job providers in the country.

To this end, several collaborations are underway with the World Bank and the African Development Bank to create and rehabilitate technical vocational training centers, whether in Libreville and the GSEZ of Nkok, or within the country.

Study on Certification Schemes with EUTR : Consultation of draft schemes assessment reports
back to the list
ATIBT CONGO : A new project with the support of the British cooperation