New forestry code in Congo: the private sector rallies in the framework of the legal study

A multi-stakeholder workshop to review the legal study preparetory to the drafting of implementing legislation for Law 33-2020 was held in Brazzaville on February 25 and 26, 2021. The Congolese private sector took part in this workshop with the help of an expert. 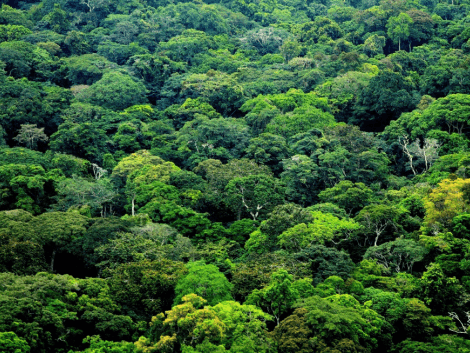 On July 8, 2020, law n°33-2020 of July 8, 2020 on the forestry code was promulgated. To make this new law operational, a preparatory legal study for the participatory development of the new forestry code's application texts was conducted by a multidisciplinary technical team, composed of national and international legal and forestry experts. This study aims to prepare the legal and technical elements as well as the framework and timetable for consultation so that the future application texts of Law 33-2020 are applicable, coherent, consensual and harmonized with the other texts in force.

This study was carried out concerted, and the consultation process included a feedback workshop with all stakeholders in order to produce consensus documents, including the analysis of

and the roadmap and timetable for the development of implementing legislation.

This workshop, chaired by Mr. Pierre TATY, Director of Cabinet of the Ministry of Forest Economy, brought together the team of experts in charge of the study, development partners, representatives of the forestry administration, civil society and the private sector.

The workshop took place over two days and allowed for a thorough review of the various documents proposed by the consultants in order to contribute to their improvement through group work.

After a presentation of the structure of the law and the innovations compared to the previous law, and of the study by the team of consultants, the participants were then divided into four working groups, with representation from each stakeholder (civil society, administration, private sector).

On the whole, the results of the group work made few changes to the consultants' work, which was nevertheless enriched with a few clarifications, particularly on the issues of classification / decommission, the creation of new development series (e.g. conversion series), medium-sized concessions, maximum areas for simplified development plans, and on the outsourcing of transport on the national territory.

Proposals on the roadmap concerned the duration of the process. Some participants wanted a shorter period, as the law has taken a long time; others maintained the 16-month period.

It was also proposed to clarify the process and criteria for selecting the consultants/study office for the development of the implementing regulations.

The consultants team estimated that the duration of 16 months was sufficient, taking into account the means that could be mobilized, but that, depending on the evolution of the work, efforts could be made to shorten this duration.

Capacity strenghtening of the multi-stakeholder team was not retained given the means and duration of the process. Each stakeholder group should designate competent representatives for this task.

Following this workshop, the consultants team will check the work. The final document of the legal study will be amended by integrating the comments of the workshop and sent to each stakeholder group with the report of the workshop.

During the closing remarks of the workshop, the Director General of Forest Economy, Mr. Joseph MOUBOUILOU, "wished that the rest of the process for the elaboration of the application texts would be carried out properly and be prolific in order to have the regulation texts as soon as possible. "

The private sector is mobilizing

In order to prepare its participation in the workshop, the private sector was able to benefit from external expertise, thanks to the project "Support for private sector involvement in the FLEGT VPA process in the Republic of Congo" implemented by ATIBT Congo, with the support of EFI through direct funding from the UK - DFCO.

The mobilized expert produced a summary note highlighting the main points of the legal study, and proposed recommendations to the private sector. Representatives of the Unicongo and Unibois unions then harmonized their positions at a pre-workshop meeting.

The private sector was well represented at the workshop, with the presence of the two unions UNICONGO and UNIBOIS, and the ATIBT Congo and representatives of non-unionized companies.

The private sector, supported by ATIBT Congo, will continue to be involved in the process of drafting the application texts of law n° 33-2020, starting with proposing representatives after consultation.