While tropical forests are facing many threats, from global warming to the conversion of forest areas to agricultural land, the WWF published a study this month entitled "When Europeans consume, forests burn". The report regrets the EU's responsibility for deforestation of tropical forests. It is also a reminder of the importance of their sustainable forest management. 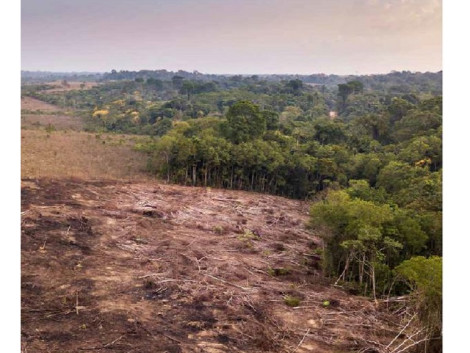 Between 2005 and 2017, about 65 million hectares of tropical forests (5 million a year) were converted to agriculture for the cultivation of oil palm, soybeans or cattle. EU imports account for 16% of the deforestation linked to world trade. The report shows a clear link between European consumption and deforestation : the products imported by the EU come from areas where plantations, pastures or crops extend on sensitive natural ecosystems, particularly in the Cerrado and Amazon in Brazil, and the Chaco in Argentina and Paraguay, "hot spots" of deforestation. European demand is thus causing land conversions in the main identified deforestation fronts.

In addition, international trade pressures increasingly on regions previously less affected by forest degradation. New conversion fronts are emerging, notably in West and Central Africa and in the Mekong region in Southeast Asia. However, regulations in producing countries are not sufficient to protect forest ecosystems : "even without illegal deforestation, 7 million hectares of land in Paraguay, 10.5 million hectares in Argentina and 88 million hectares in Brazil could still be legally converted", the report regrets. It is therefore essential that consumer countries adopt effective measures to stop the destruction of tropical forests.

Among EU member states, France is one of the main culprits of imported deforestation, particularly for its imports of soybeans for animal feed (more than 3 million tons per year according to WWF) and its imports of palm oil for diesel. In 2018, however, it committed to combating the destruction of forest ecosystems by adopting a National Strategy to Combat Imported Deforestation (SNDI). As France will hold the EU Presidency in the first half of 2022, WWF France calls on the President of the Republic to make the adoption of European legislation against deforestation a priority on his agenda.

This report is a good opportunity to recall the relevance of the sustainable forest management model to preserve forest resources in tropical countries. On the one hand, the use of certified tropical timber gives an economic value to the forest : when timber is a source of income, producing countries are less inclined to convert forest areas into agricultural land. However, to preserve ecosystems, timber imported by the EU must be produced under the principles not only of legality but also of sustainable forest management certification.

By recognizing certified producers as key actors in the protection of tropical forests, by adopting public policies promoting certified tropical wood for its technical, economic, environmental and social qualities, the EU could implement a new model of responsible trade. This ambition must include zero tolerance of illegal timber and the promotion of certification, which requires effective monitoring of the EU timber market.

To this end, WWF has defined 8 priorities to ensure effective EU legislation, which can be found in this note.