In an article published in the newspaper Le Monde, the ecologist Plinio Sist, director of the Forests & Societies research unit at CIRAD, highlights the need to take into account the human and social dimension in reforestation and tropical forest preservation projects. ATIBT relays the essential of the article. 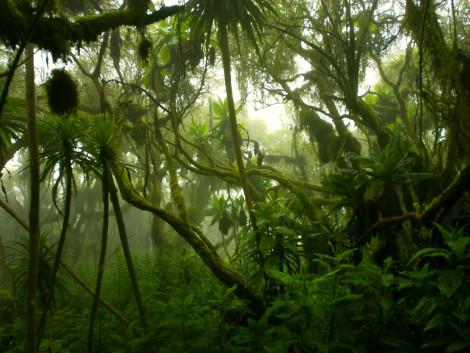 Tropical forests have been disappearing at an alarming rate for over thirty years. A recent study published in Science Advances estimates that 220 million hectares of rainforest have been lost in the last 30 years. If we consider tropical forests as a whole, this figure, according to the Food and Agriculture Organization of the United Nations (FAO), climbs to over 400 million hectares.

Converted to farmland, grazing or industrial plantations, tropical forests have been disappearing at an average rate of about 13 million hectares per year over the past 30 years. Forest degradation is another threat just as important as deforestation.

In some regions, such as the Amazon, this situation affects similar or even larger areas than deforestation. In addition, degraded forests are less resilient to climate change and more vulnerable to fires that intensify during the increasingly long dry seasons.

The consequences of deforestation and forest degradation are well known and regularly published by scientists, notably in the reports of the Intergovernmental Panel on Climate Change (IPCC): CO2 emissions (12% of global greenhouse gas emissions), loss of terrestrial biodiversity, 80% of which is sheltered in forests, notably tropical forests, and finally, local climate change. The consequences are also social and economic since, for example, the 2 billion hectares of degraded land resulting from deforestation in the world compromise the well-being of more than 3 billion people.

Faced with these losses, restoration appears to be one of the solutions aimed at reconstituting part of the forest cover lost in previous decades. Thus, since 2011, as part of the Bonn Challenge, the commitments of many countries to undertake ambitious restoration programs have multiplied, they are still slow to materialize concretely. The United Nations will officially launch the Decade of Ecosystem Restoration on June 5.

These ambitious programs of land restoration, including forest restoration, can also and above all provide an effective solution to the fight against deforestation and forest degradation, provided that they are designed and implemented with respect to certain essential conditions.

The first condition is to take into account the needs, perceptions and knowledge of local populations. Without improvements in their living conditions, without alternatives to deforestation and forest degradation, these populations will continue on their current path. Too often, restoration programs are limited to exclusively environmental objectives, such as forest cover reconstitution, carbon storage or biodiversity restoration.

Allegory of a “pure” nature

They forget the key element in restoring and combating deforestation and forest degradation: the human component.

The second condition is to take into account, of course, the environmental and degradation conditions of forest ecosystems within a region or territory.

Sometimes, it is indeed preferable to simply preserve existing forests and let natural regeneration take place rather than undertake plantation or rehabilitation actions that are often very costly. On the contrary, in very degraded territories, it is necessary to invest in rehabilitation actions requiring heavy human and financial investments, in order to reconstitute the ecological functions of these territories, such as the protection of soils and watercourses, the absorption of CO2, and climate regulation.

Tropical forests are too often seen as the allegory of a "pure" and untouched nature, in opposition to a nature "soiled" and degraded by human activities. However, restoration does not necessarily mean reconstituting original forests. It is above all about restoring the ecological functions of a territory or a region (connectivity, carbon storage, preservation of soils and waterways).

It is also a question of reducing the current pressure on the remaining natural forests by creating new sources of production of goods such as wood through plantations or agroforests.

Finally, since agriculture is the main cause of deforestation, forest restoration also involves proposing alternatives to current agricultural practices, which generally consume new land to the detriment of forests.

It is therefore a question of fighting deforestation by developing agricultural practices of agro-ecological intensification, and by recovering abandoned and degraded agricultural land for agricultural purposes. Forest restoration is therefore also about reconciling, within a given territory, sustainable management of forest resources, preservation and conservation of forests with other land uses, notably agriculture.

Press release: The European Timber Trade Federation (ETTF) demands compliance with contracts
back to the list
The ATIBT Materials & Standardization Commission was held on April 27