According to ECCAS, a sustainable forest economy is necessary

As reported by the Agence d’information d’Afrique centrale, the commissioner in charge of the environment, agriculture and sustainable development of the Economic Community of Central African States (ECCAS), Honoré Tabuna, highlighted on August 5 in Brazzaville the need for member countries to move from the conservation of the Congo Basin forests to a sustainable forest economy. 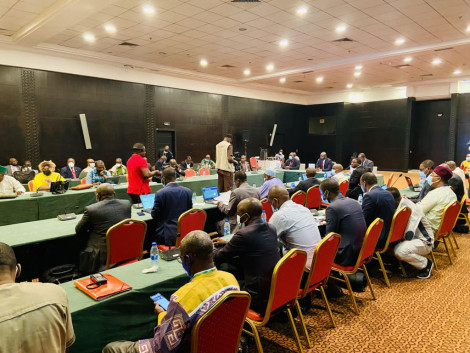 "The time to move from the conservation of the Congo Basin forests to the sustainable economy of the forests has more than come. Both traditional and new markets, especially the responsible African market that we are deciding to build, oblige us," said Honoré Tabuna at the closing of the regional workshop on the definition of the concepts of "Forest", "Deforestation", and "Forest Degradation" in the context of the forests of the Congo Basin and their periphery in connection with the development of the sub-region.

According to Honoré Tabuna, the holding of this workshop made it possible to lay the foundations for a process of building a sustainable forest economy with considerable political and diplomatic stakes. According to him, this process should eventually lead to the harmonized definition of the terms "Forest", "Deforestation", and "Forest Degradation" adapted to the context of the forests of the community space.

"Central Africa, our beautiful sub-region at the heart of the world's forest geostrategy, needed this reflection. A reflection justified, among other things, by the requirements of international markets, the commitments of our member states in multilateral environmental agreements and their firm commitment to develop the green and blue economy,"said Honoré Tabuna.

Pierre Taty, Director of Cabinet of the Ministry of Forest Economy, expressed his joy to see this workshop, which aims to fulfill the many expectations of different stakeholders. He also urged each delegation to take ownership of the conclusions and recommendations made. Although a roadmap was adopted with reservations, Pierre Taty also encouraged ECCAS to amend it and ensure its implementation, to consolidate the political commitment of the Heads of State.

As a reminder, the workshop jointly organized by the ECCAS Commission, Congo and Comifac with the support of the EU through the Ecofac-6 project, the World Wide Fund for Nature (WWF), UNESCO and the International Center for Forestry Research, aimed to contribute to the removal of constraints on the participation of agroforestry products from rural areas known as forests in the sustainable development of ECCAS countries, as well as to reflect on their positioning on the national, regional and international markets. It brought together about fifty participants from ECCAS member countries, Congo, Burundi, Cameroon, Gabon, the Central African Republic, the Democratic Republic of Congo and Chad.

ATIBT Congo: a new project to support the private sector in the Republic of Congo (ASP-Congo)
back to the list
Gombé, an unknown tropical timber species