FSC General Assembly 2021/2022: a look back of the first virtual session

The first phase of the FSC General Assembly 2021/2022 took place last October as a virtual session. 9 motions were presented and proposed for voting, and FSC revealed the results of the votes during a webinar. The modalities for the second phase in October 2022 in Bali were presented. 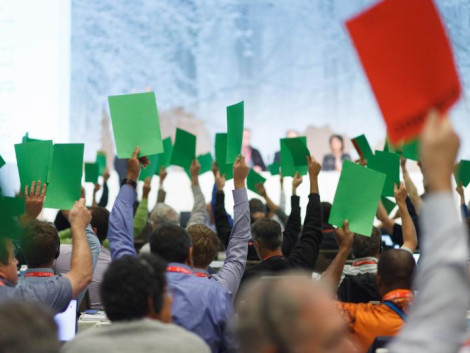 The first phase brought together about 800 people over the 5 days, including 450 FSC members.

On the first day, FSC presented the outcome of its activities since the last GA in 2017:

The report of the motions voted in 2017 was also presented (only 5 motions were fully implemented) as well as the new board of directors. The rules of operation and voting for this session were explained.

The following days consisted of debating the motions planned to be voted on for this session through chambers meetings and in plenary. Of the 12 motions planned, 3 were postponed to the next phase in 2022, due to a lack of consensus on their formulation.

The results of the votes on the other 9 motions were revealed during a webinar held on December 15, presented in the following table: 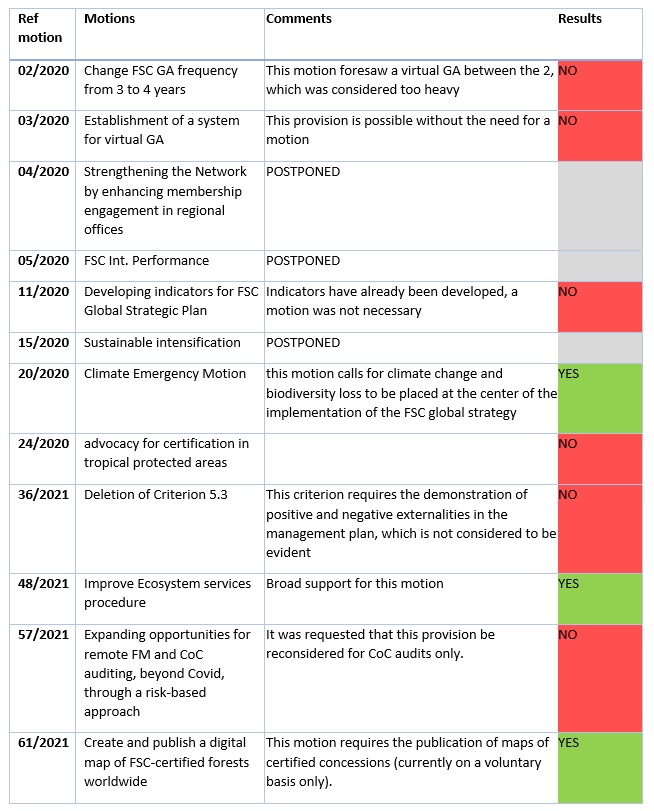 In addition, the modalities of the second phase of the FSC GA 2022 were also unveiled. This session will take place from October 9 to 14, 2022 in Bali (Indonesia) at the Westin resort, in a hybrid format. The preparation schedule is as follows:

As a reminder, the ATIBT is implementing an FSC GA preparation project to find a favorable outcome for IFL management and to have an impact on the decisions made at the next FSC GA 2021-2022 on FSC system issues. This project is funded by PPECF and will be implemented with the "IFL Group" of the ATIBT Certification Commission. The approach is based on the motions proposed by the ATIBT and its members, and on the involvement in the Focus Forests project initiated by the FSC.