The Congo Basin PAFC is now recognized by the PEFC Council

The year 2021 ended with excellent news for the Congo Basin PAFC project: the scheme is now recognized by the PEFC Council! 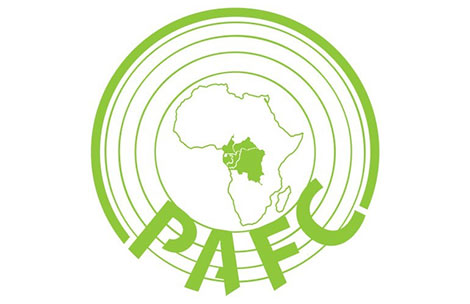 ATIBT is pleased to announce that the project to develop a regional certification system adapted to the context of the Congo Basin has reached a new step: on December 9, 2021, the PAFC Congo Basin scheme was indeed recognized by the PEFC Council.

Three years have passed since the launch of the project, funded by PPECF, IDH and PEFC International. The work carried out by the project team now opens the door to the implementation of a new certification system for sustainable forest management and chain of custody in the Congo Basin countries. But the project does not stop there: it is important now to work on the implementation of the Congo Basin PAFC, in particular by accompanying companies in their certification process.

During the first half of 2022, an auditor training will be organized, as well as company training and an open day to reach the widest possible audience. In addition, national interpretive guides and a guide about carbon stocks and greenhouse gas emissions will be developed in the coming months to help companies better understand how the new system works and what it requires.

"We would like to thank ATIBT for enabling us to set up a regional forest certification system. Thanks also to the PEFC alliance for the recognition of this regional system, which will allow a greater visibility of PEFC in Africa," said Rose Ondo, president of PAFC Gabon.

"PAFC Cameroon would like to thank the project coordinator, Germain Yéné, for his work. Thanks to the excellent management of the project, all the different actors are satisfied with the result. We would also like to thank all the actors who participated in the working group that created our regional system" said Reine Edwige Anjembe.