Over the next few weeks, we will be presenting a series of articles on tropical woods used in guitar making. With always the same objective: to ensure the durability of the species used and to promote the certification.
These texts were written by Éric Penot, researcher at CIRAD (UMR Innovation). E. Penot works on agroforestry systems 1992. He is also a guitarist since 1970. His interest in guitars and sound led him to become interested in Guitar making woods and their use, as well as in the increasing scarcity of certain woods, the new woods that are being more and more used, and the many innovations in wood combinations. 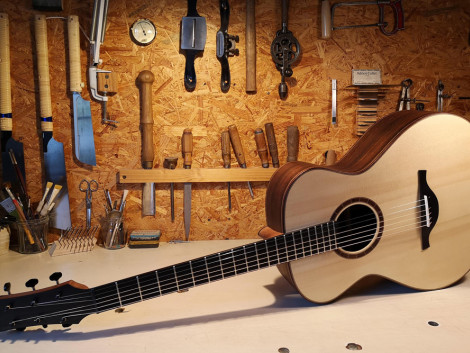 This first episode takes a look at the influence of wood on the sound, and the choice of the species used in the making of a guitar.

Which species to use in guitar making?

The use of flawless wood, cut according to the rules of the art, is essential for the manufacture of this type of musical instrument. Woods of interest for string instruments making are called "resonance woods", and for guitar making, many commercial species are available. However, a limited number of these species are used, some of which are under heavy logging pressure.

Historical trade relations with countries such as Brazil or India have contributed to favor certain species for guitar making because of their precious or semi-precious character, the prestige associated with them, or more frequently because of their availability and their affordable price for the operators of the sector. This predominance of certain species has contributed to the establishment of certain typical associations between instrument and wood, such as the flamenco guitar and cypress or the folk guitar and rosewood. This popularity of certain species at the expense of other lesser-known ones can be a constraint for some luthiers who adopt an environmentally friendly approach and wish to use eco-certified woods.

In guitar making, the commercial name of certain species is sometimes used inappropriately because it is generically associated with too wide a range of species. Thus, the name Mahogany is used as it should be to designate the South American species of the genus Swietenia from South America (Swietenia humilis, S. krukovii, S. macrophylla, S. mahagoni) and the African species of the genus Khaya (Khaya anthotheca, K. grandifoliola, K. ivorensis). These species belong to the Meliaceae family. On the other hand, other species of the same family are sometimes wrongly called Mahogany; this is the case of Sapelli (Entandrophragma cylindricum) or Sipo (Entandrophragma utile). The name Mahogany is sometimes used in an equally erroneous way to designate certain species of other botanical families such as Limba (!) whose botanical name is Terminalia superba (family Combrétacées) and which is sold in the United States under the name Korina. It should be remembered that the reference for pilot designations of tropical woods is the General Nomenclature of Tropical Woods (ATIBT 2016). The inappropriate use of pilot designations by a wood supplier may lead a user to refer the matter to the French Direction générale de la consommation, de la concurrence et de la répression des fraudes. 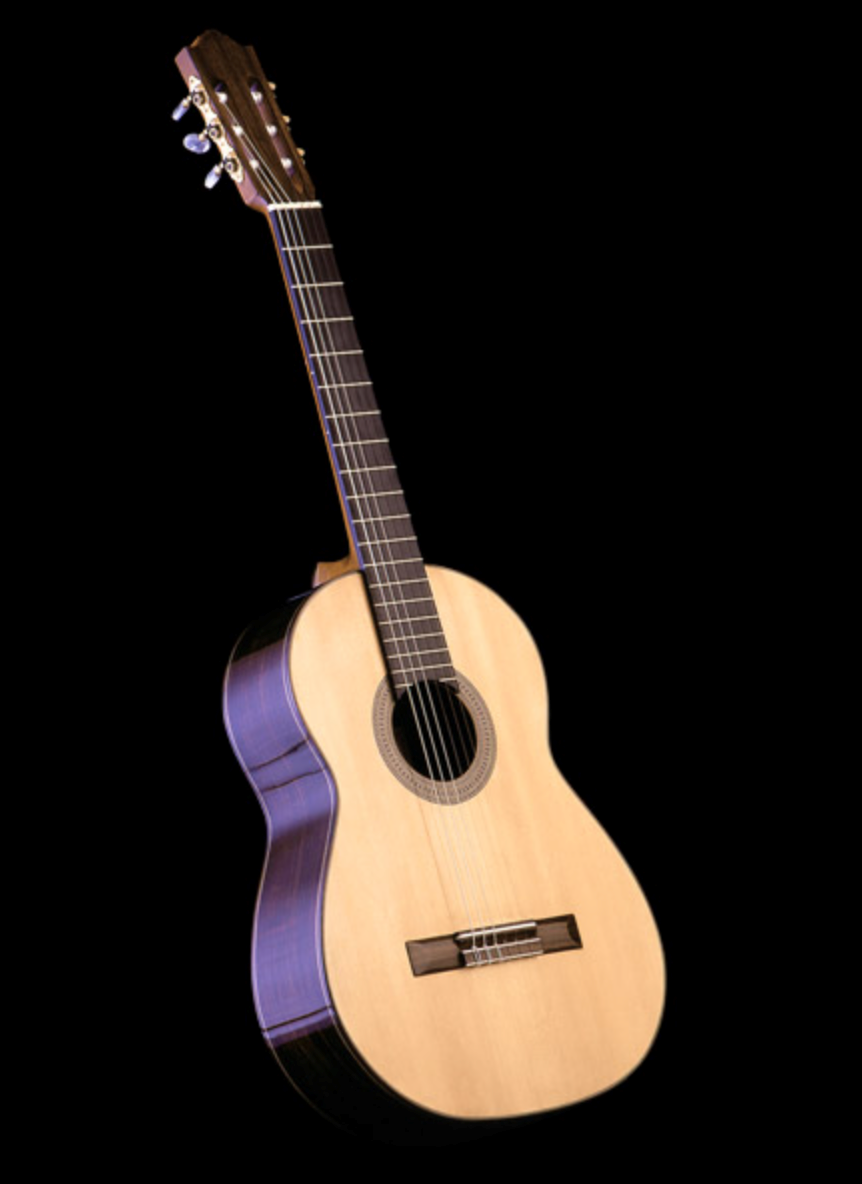 How does wood affect the sound of a guitar?

The phenomenon is very simple. The string vibrates and transmits its vibrations to the body via the bridge, and to the neck via the nut and the machine heads. The resonance box transforms the vibration of the strings into sound waves. The sound signature of the wood is linked to its density, to the orientation of its grain, to its anatomical structure, and to its chemical characteristics (influence of certain secondary metabolites). In addition, the sound of the soundboards is also related to the type of bracing (in X at Martin for example).
The way the wood is cut also influences its stability:

It is possible to increase the stability of a piece of wood by using cross grain gluing, that is to say by gluing pieces with different grain orientations. This is the reason why most guitar bodies are made of two pieces: the higher the slenderness of a piece, the less stable it is.
Finally, the choice of the type of guitar depends mainly on the musician's musical taste and sound expectations, as well as on the amp used. Other factors (number of parts used for the construction, type of flow, solid or hollow body ...) are also to be taken into account.
The density of the woods used for guitar making is generally between 0.5 and 0.7 with some notable exceptions such as Marupa (Simarouba amara, S. glauca, density 0.4), a more rarely used species.

Future trilateral project to encourage a legal tropical timber trade
back to the list
World Gorilla Day, the flagship animal of the Congo Basin forests