VPA FLEGT Gabon: UFIGA works for the resumption of vpa flegt negotiations between Gabon and the European Union 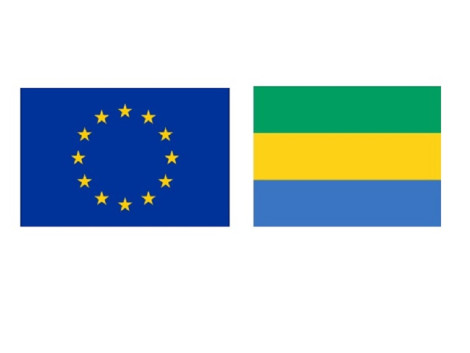 Below, we present the objectives and the main results. As a reminder, on September 23, 2010, Gabon officially opened negotiations between Gabon and the EU. They have since been interrupted in July 2012 and then relaunched in 2019.

The general objective of this inventory is to resume the VPA FLEGT process in an efficient manner, that means that allows the prompt signature of an agreement, to plan a  realistic implementation and to enhance the efforts already made by certified companies. This inventory also enables to draw lessons from existing VPA processes in the world, and to obtain a sustainable legality grid, that means with verifiers and links to legislative documents that are separate from Principles Criteria and Indicators .

The study report contains the descriptive elements of the FLEGT VPA, the existing negotiations between Gabon and the EU, the themes developed or initiated by Gabon, the remobilization of CTC members in Gabon, the analyzes of other VPAs, the procedure for harmonizing administrative forms and the SVL (Legality Verification System) and finally, presents the opportunities for the recognition of private certification in the VPA:

Where would the relaunch of the VPA FLEGT negotiations start?

Several recommendations have been drawn up for this purpose, but in general, it should be noted as a priority that the negotiations and the implementation of the FLEGT VPA must be the subject of high-level political support. This in view of the number and diversity of national actors involved but also of the reforms to be carried out at the political, regulatory and institutional levels.It should also be noted that in Gabon, there are achievements that must be updated taking into account the evolution of the political, institutional and legal context. It is also opportune to learn lessons from the deadlocks that led to the interruption of negotiations in 2012.The private sector is at the forefront of the VPA FLEGT negotiations because it is the companies that are primarily assessed. And to prepare effectively, it is essential to know the evaluation criteria used. To this end, extension meetings as well as capacity building sessions should be organized for the attention of economic operators in the Gabonese forest-timber sector.

Unfortunately, many private sector players in the forest-wood sector operate outside of unions, which does not give them the necessary space to take an active part in VPA FLEGT negotiations and therefore to be heard. Thus, if these actors do not participate in the development of the Accord, they will simply be subjected to its demands.Until then, companies are operating as best they can by facing the requirements of Due Diligence provided for in the EUTR. But, for a country that wants to be "one of the world leaders in certified wood", it is high time to put in place mechanisms and tools aimed at improving the governance of the forest wood sector and it turns out that the FLEGT process is a remarkable opportunity in this direction. To this end, it is important to promote the efforts that have already been made by the operators. However, it turns out that in Gabon, apart from any regulatory constraints, several companies have obtained private certificates of legality, sustainable management and / or chain of control. It is therefore up to capitalizing on these achievements by taking, of course, a certain number of measures through the prior assessment of the certification systems used to determine their compliance with the LAS set up by the country.

You will find here :

- The technical note with the recommendations

- The power point presentation of the inventory

The brand Fair&Precious is celebrating its third anniversary and keeps on developing!
back to the list
Development of a procedures manual for the approval of private certification systems under the SVL of the FLEGT Congo VPA