Building a future for tropical forests

Timber building is increasingly in the news today, but so far it’s softwood that’s grabbed the headlines.

The media has been captivated by high rise wood construction in particular; so called ‘tall timber towers’ designed to cater to mass global urbanisation and the resulting demand for quick-build, multi-occupancy buildings, with minimal carbon footprint. There’s also been extensive coverage of ultra-efficient offsite modular timber frame building. In both cases, though, the focus is softwood.

There is, however, a European architect who is also making the timber building story about hardwood, and more specifically tropical hardwood. Boris Zeisser of Netherlands-based Natrufied Architecture features the latter extensively in his projects. He specifies it for cladding, roofing, decking, joinery and interiors. And giving the story a different twist, at least in Europe, Natrufied also uses tropical timber structurally, at the same time expressing the material, rather than burying it in wall or roof build up, to complement other wood elements in its free-flowing, naturalistic designs. Nor does Natrufied view tropical timber in building as an exclusive niche. It uses it for mainstream public and commercial projects, private and public housing. And Zeisser sees the material’s combination of looks, performance and environmental benefits - which, if sustainably sourced, include helping maintain the rainforest - giving them potential for increasing architectural uptake. “I’d like to encourage that, and see more training in their use and the use of wood generally at architectural college,” said Zeisser. “When time allows, I also teach  students about use of wood in architecture, including tropical species, at Rotterdam Academy and the University of Delft. And I recently also gave an online lecture to students at the University of Ankara.” In his own initial training at Delft Technical University and the University of Illinois at Chicago, Zeisser was given the usual exposure architectural students seem to get to wood - very little. 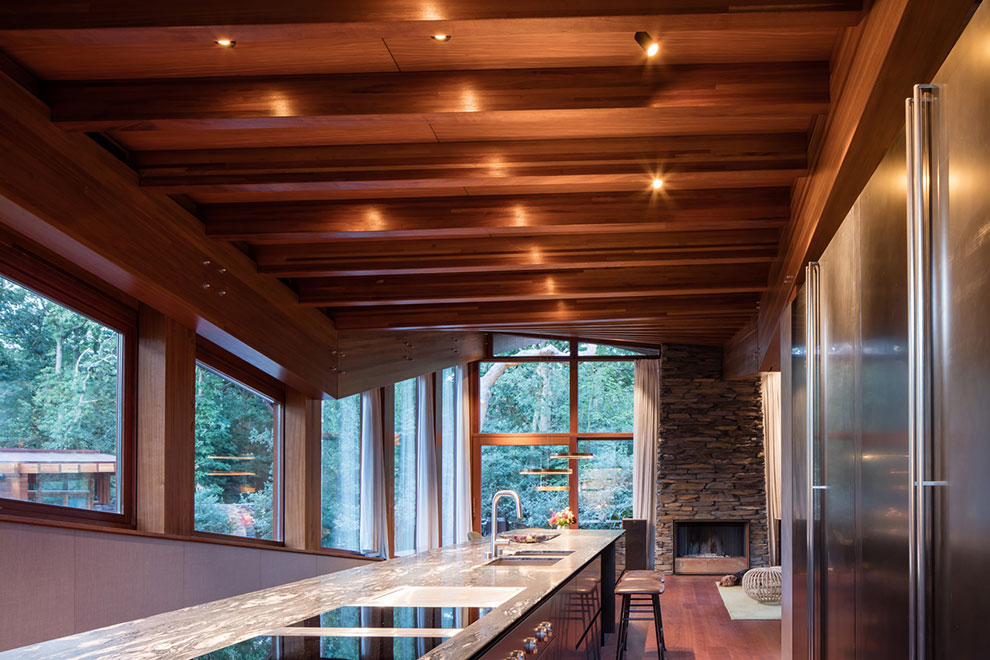 But his first job, at Erick van Egeraat’s Rotterdam practice, provided an introduction. “My projects included a concert hall in Breda and a college in Utrecht, both using timber. It was in interiors rather than structurally, but incorporated more unusual species, including bamboo and red cedar,” said Mr Zeisser. “Then Van Egeraat clad his own house in padouk, which caused a real stir!”

Wood became increasingly ingrained in his work when he and Maartje Lammers set up their own Rotterdam practice, 24H-architecture, in 2001. “We just became increasingly attracted to it,” said Mr Zeisser. “It has an intense beauty, and invites people to touch it, a reaction that’s very rewarding for the architect. And, of course, its sustainability adds to its value.”

Among early projects was the Soneva Kiri resort in Thailand, featuring river red gum for floors, stairs and other timber elements, a bamboo frame structure and a variation on rattan for the roofs.

24H-architecture also used cumaru for cladding and balcony flooring on a 13-storey block of flats in Nijmegen and sucupira amarela and lauro gamela for joinery and multi-profiled cladding on an eco-community housing project in Leiden.

Zeisser described discovering the potential of tropical hardwoods as a step by step process. He first used hardwood structurally in a private house, villa van Heurck in Cadzand. It features no less than seven different tropical species; mahogany and wenge for interior cladding, coromandel for interior furnishings, padouk for sunscreening, afrormosia for window frames and jatoba for doors and flooring, with the latter extending seamlessly under doors and windows outside to become decking. “The flooring is oiled, but the decking is left untreated, so you see the jatoba aging differently,” said Zeisser.

“The glulam is made by a contractor in the Netherlands and iroko poses no technical problems. The main issues are availability and cost. Its strength means we use less, but it costs still about 1.5 times as much as larch. Even so there are still people who want it.” Iroko glulam also forms the structural beams and columns in another stunning Natrufied private house, Bosvilla. This comprises a main residence, guest house, carport and bike storage, all secluded in a heavily wooded area near Bergen in northern Netherlands. Besides the iroko frame, the house features jatoba window and door frames, ceilings in afrormosia and bamboo interior doors. 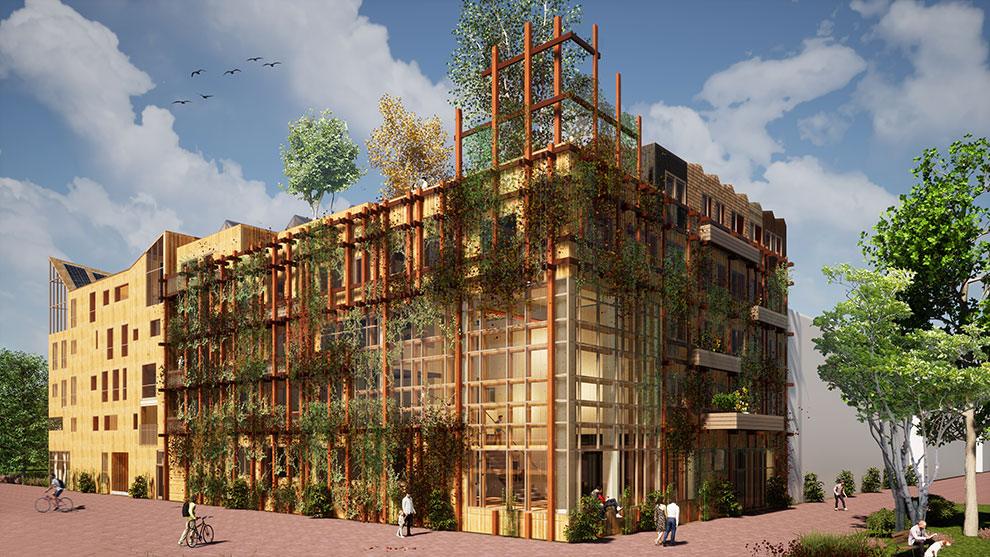 The practice’s very latest project is another tropical timber showpiece. Just about to start construction, it’s a medium-rise apartment building in IJburg, a new residential district on Amsterdam’s Centre Island. Being built for housing cooperative De Warren, it comprises 36 social and mid-market rental flats, plus 800 sq. m of collective space. “The design process involved consultative workshops with residents about the building’s appearance, sustainability and life cycle,” said Zeisser. The outcome is a six-storey structure with a softwood CLT frame, flax insulation, recycled azobé cladding and, perhaps the most striking feature, an external framework supporting balconies and planting to form a green wall. This is made in recycled heavyweight basralocus, recovered from its previous use as boat mooring piles. “These may have been in the water more than 50 years, but the wood is still incredibly hard and strong,” said Zeisser.

Perhaps surprisingly clients rarely quiz Natrufied about the origin of tropical hardwood. “That’s perhaps because we have an established reputation for using it and it is exclusively certified sustainable, so FSC or PEFC,” said Zeisser.

Where clients, specifiers and building authorities generally have more questions is on tropical species’ technical performance. “Because there’s less experience of it in construction, they ask about durability, ageing, maintenance and reliability,” said Mr Zeisser. “Another concern has been fire resistance, but this is a case of client education; explaining that the large dimension timber we use structurally is in fact very difficult to set alight.” 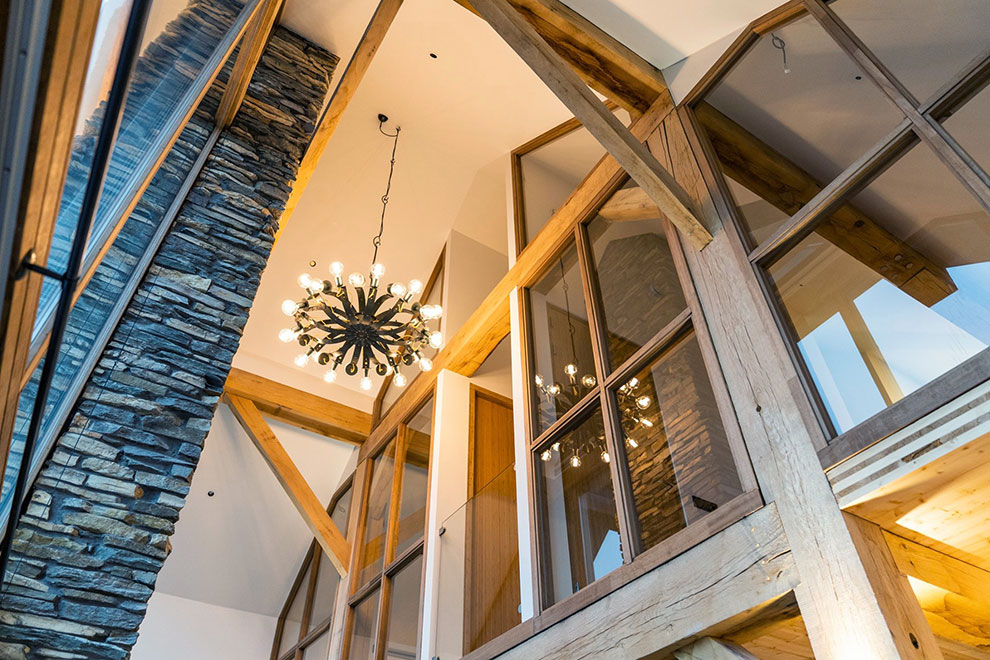 With better timber training for architects, Zeisser can see tropical timber gaining ground in construction. Even more so if the market understands that, where tropical species are sustainably sourced, creating a healthy market for them incentivises sustainable forest management, while avoiding them can have the opposite effect - leading to tropical forest being cleared and the land converted to other uses, such as palm oil plantations or beef farming. “That’s how I explain to clients and students why using tropical wood can be among the most environmentally positive ways of building,” said Zeisser. “It can help ensure we have tropical forests into the future, rather than fields of cows!”