Bridge to a sustainable future

It’s been quite a turnaround. For four decades the old Coalbridge, or Kulbroen, in Aarhus carried fuel from the waterfront to the gas works and coal-fired power station in the Danish city’s South Harbour. 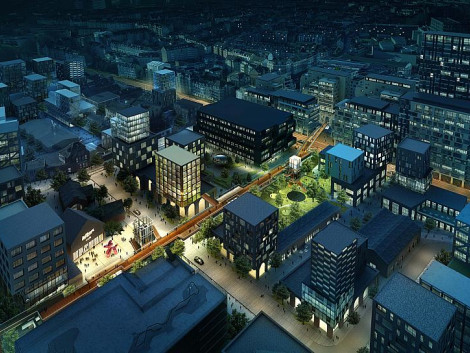 Then these plants closed and the massive 8m-high, 160m-long concrete bridge stood derelict, like the fossilized bones of some huge dinosaur, a monument to a heavily polluting industrial past. However, a section of the bridge has undergone a transformation. For the last three years it has been a pointer to a greener future; converted into a platform to demonstrate the technical performance and environmental merits of a material that can help mitigate and even reverse the adverse climate impacts of industrial emissions - certified sustainably sourced tropical hardwood. The hope is that eventually the entire bridge will be decked in it, creating a walkway and cycle path through the area and a link to the new buildings starting to take shape there.

The whole South Harbour is undergoing a major people and environment friendly redevelopment to tie it more into the city. It will be principally a business district, but with cafés, bars, restaurants and social spaces. It’s an area which has also been home to a flourishing artistic and creative community and the aim is to engage them in the development. The idea to incorporate the Kulbroen in the wider project, rather than demolish it, was conceived by a group of urban developers, contractors and local business people, founded by cultural entrepreneurs Martin Thim Tømmergaard and Daniel Walsh. They call themselves Kulbroen Venner, Friends of the Coalbridge. “Their vision is to reinvent this relic, to create a link between the past, present and future; a structure that underlines the potential for urban reinvention and renewal, highlighting where the area has come from and where it’s going,” said Kulbroen General Manager Marc Sejr Eggen. 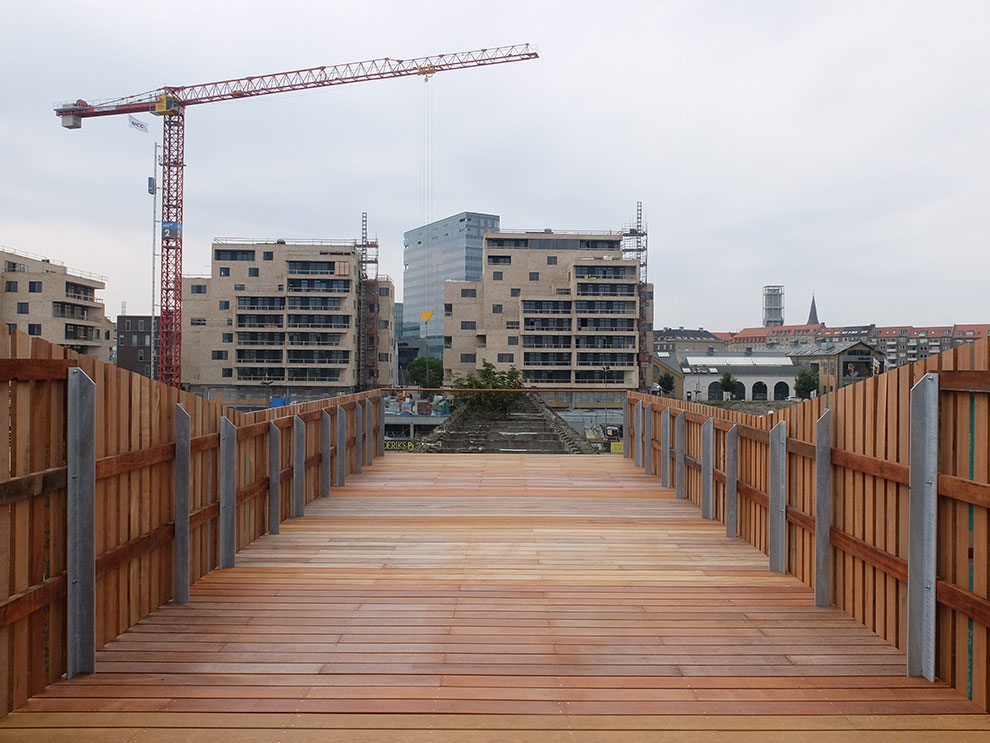 The idea met with a favourable response from the municipality. But clearly conversion of the entire bridge would be a major project that would take time; it would necessitate an architectural competition and have to be synchronised with the development of the area. In the meantime, the Kulbroen Venner’s plan was to build Kulbro View, a public viewing platform atop the western end of the bridge.

It was at this point that the idea to use tropical timber to form the bridge deck crystalised. It was conceived by FSC Denmark, which was not just engaged in promoting the use of tropical wood from sustainably managed forests generally, but in growing the market for lesser known varieties in particular. Diversifying the tropical timber market, it stresses, not only reduces potential supply stress on more popular species, it makes sustainable forest management more economically viable, notably for smaller forest operators, by increasing potential off-take from certified areas.

“Trawling Danish companies species lists, it is the same 10-12 species that recur, with a few exceptions,” said Kristian Jørgensen of FSC Denmark. “But there are an estimated 50,000 tropical species and we would argue that several hundred have market potential in Denmark alone. We just have to explore them and find the right applications.” 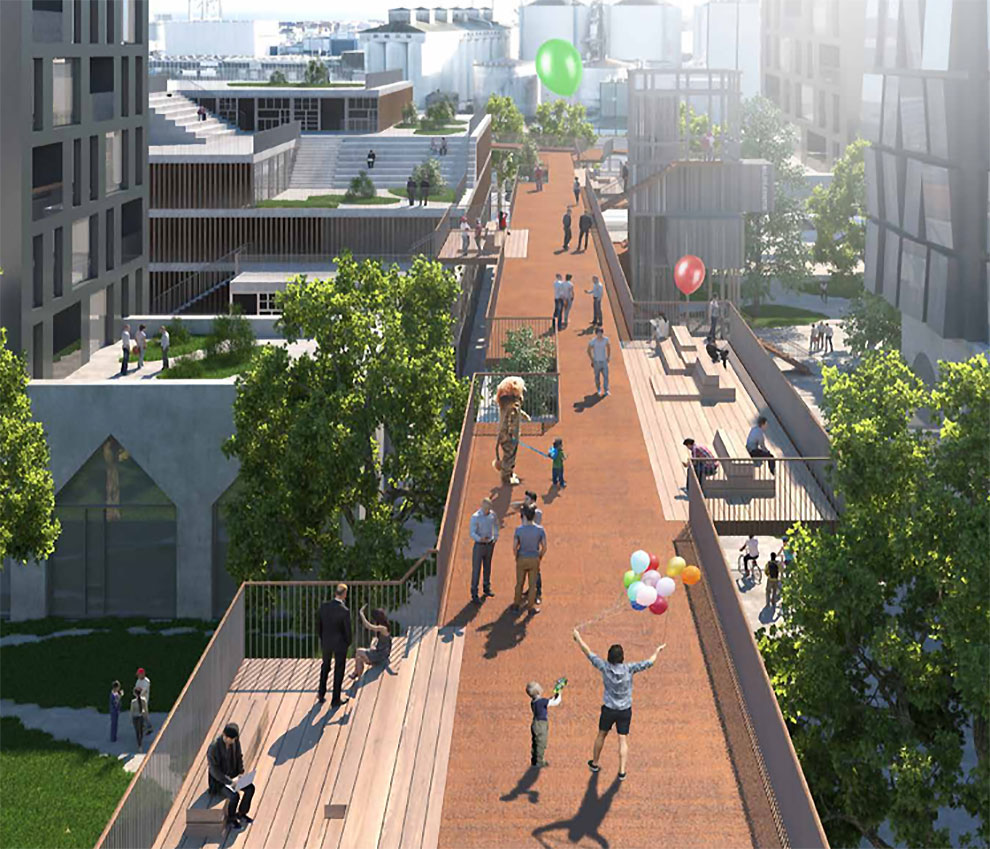 To get this message across, FSC Denmark set up the website www.lesserknowntimberspecies.com, which provides technical information on a wide range of tropical timber types, gives their potential uses, lists comparable species and provides 130 case-studies of their application. The organisation viewed Kulbro View as another valuable shop window for communicating the lesser known timber species story. Besides that, it saw it as a platform for tackling the popular misconception that using tropical timber inevitably spells deforestation and making the case that, if sustainably sourced, it can help ensure forest maintenance by disincentivising its conversion to other land uses.

A test bed for timber

“We also saw it as a test bed for the timber, to evaluate and demonstrate how it weathers and wears over time,” said Jørgensen.

With a greenlight from the municipality - and also backed by the European Sustainable Tropical Timber Coalition (STTC) - the Kulbro View went ahead, designed by architect Thomas Lillevang and built by FSC-certified contractor Lund & Staun. Now Kulbro View, together with the all-timber combined office, meeting hub and wine bar at the foot of the stairs leading to the platform, comprises a total of 17 tropical species from three continents. 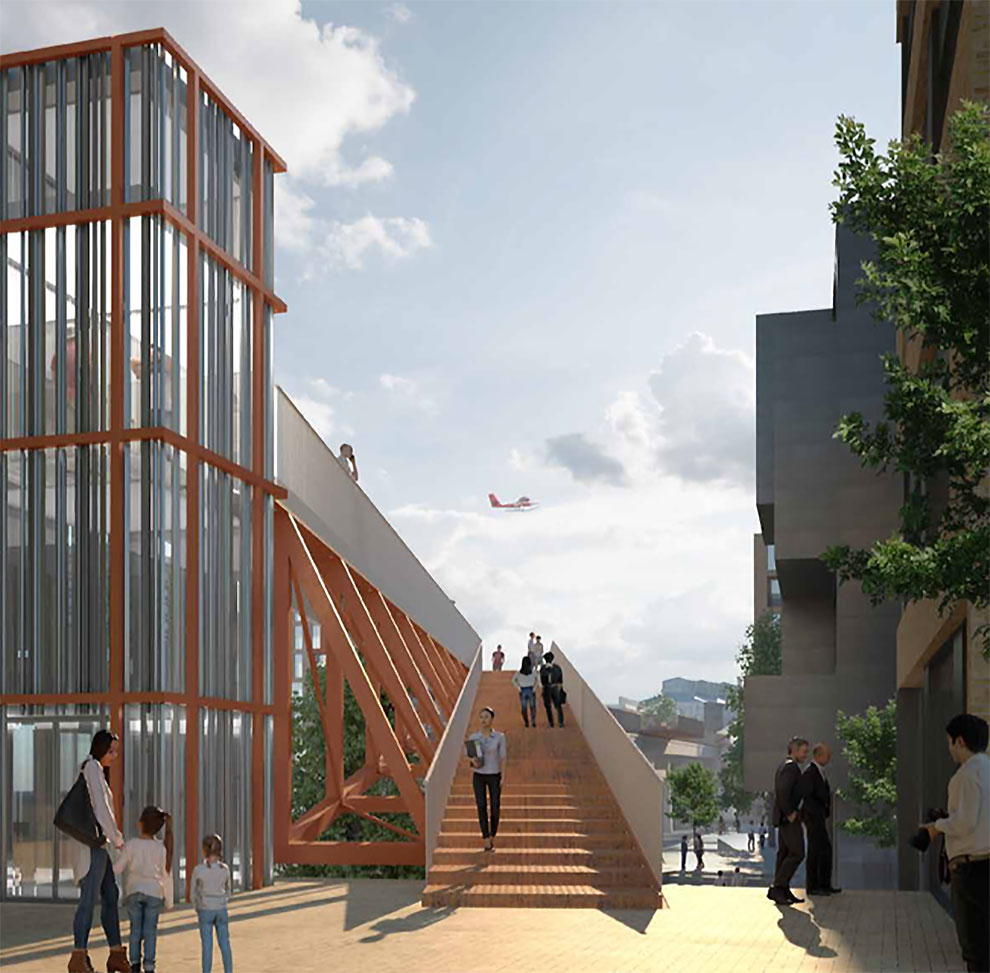 “But over time, they have all changed to a uniform silver grey, so we can say to architects rather than worry about how the aesthetic will develop, they can specify on the key issues of durability, strength, fitness for purpose and use class,” said Jørgensen.

Originally Kulbro View was intended to stand for just a year, but it has now been there for over three and it’s stood the test of time, as testified by Lund & Staun carpenter Palle Smed.

“What first catches the eye is that the timbers’ colour differences have disappeared, so it’s almost impossible to tell the species apart,” he said. “The definition of the wood has also remained sharp. Nothing has given way and there are no shrinkage cracks in the decking  or the load-bearing timber. It’s impressive given the proximity of the sea and that it’s 8 m in the air.”

What happens next is, to an extent, like the bridge itself, up in the air. The Kulbro View will definitely be dismantled as the South Harbour development continues. “But we will find a purpose for it,” said Jørgensen. “We may reconstruct it in a different format in another part of the city, and some of the timber may go for other uses, such as furniture making. It will definitely a have a reuse, recycle, circular story.”