Scientific field data for the next Cites Conference

The project "Updating the Vulnerability Status of Timber Species Exploited in Central Africa" will contribute to the information provided to the 19th meeting of the Conference of the Parties of CITES, which will take place from 14 to 28 November 2022 in Panama. 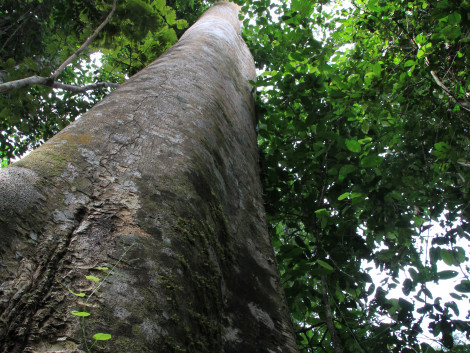 The Convention on International Trade in Endangered Species of Wild Fauna and Flora (CITES) aims to ensure that international trade does not threaten their survival. Similarly, the IUCN Red List provides extinction risk assessments for over 80,000 species. It has become an important tool for conservation and for informing natural resource policy and management.

In Central Africa, the last assessments of some logged tree species are often more than 20 years old. These assessments are generally poor in information on the abundance of the species, their ecology, and the changing nature of the threats they face. In addition, some assessments lack a robust scientific approach. An update of the IUCN conservation status of the main exploited species is therefore urgent. This is particularly urgent given that there are regular calls for a boycott of tropical timber without any solid arguments. Such an update would lead to the identification, on recent scientific bases, of (i) non-threatened species, whose exploitation can be continued according to current standards, and (ii) truly threatened species, whose exploitation should be more strictly controlled.

The IUCN Ade criterion (Annex 2; IUCN, 2001) is primarily used to assess the vulnerability status of the 20 selected species. This involves assessing the expected population reduction (EPR), inferred or assumed in the future (over a maximum of 100 years) based on (i) an index of abundance adapted to the taxa, (ii) the reduction in area of occupancy (AOO), (ii) reduction in area of occupancy (AOO), area of occurrence (EOO) and/or habitat quality, (iii) actual or potential levels of exploitation, and (iv) effects of introduced taxa, hybridization, pathogens, pollutants, competing species or parasites.

For each species, range-wide EPR is estimated for three types of land use: (1) EPR within production forests, (2) EPR within forests covered by protected areas, and (3) EPR within areas occupied by the non-permanent domain.

iii.          In the non-permanent domain, anthropogenic disturbance is the main threat and the EPR is calculated using the rate of deforestation.

The overall EPR over the range of each species is estimated by calculating the weighted average of the EPRs of the different land use types. According to IUCN criterion A4, when the EPR in the future (over a maximum of 100 years) is greater than or equal to 30%, the species is considered Vulnerable. On the other hand, if the EPR ≥ 50%, it is considered Endangered, and Critically Endangered if EPR ≥ 80%. Data analyses are still in progress and initial results show the robustness of the quantitative data methodological approach to quantify the vulnerability status of each species exploited.

This study is funded by the COMIFAC Program for the Promotion of Certified Logging (PPECF) and Gembloux Agro-Bio Tech. It is implemented by Gembloux Agro-Bio Tech (University of Liège) in collaboration with Nature+, ATIBT, the Missouri Garden Botanic (Africa section), Parcs Gabon, and the consulting firms TEREA, FRMi, and SylvAfrica.

EU Regulation on deforestation: general approach adopted by EU Council
back to the list
“Mahogany, a pillar of the rainforest, needs support”