The Carbon & Biodiversity Commission of the ATIBT publishes its 4th newsletter

Every 5/6 weeks, the Carbon & Biodiversity Commission gathers news and relevant information on carbon and biodiversity and prepares a summary. We share with you here some extracts; the newsletter is available on request for ATIBT members. 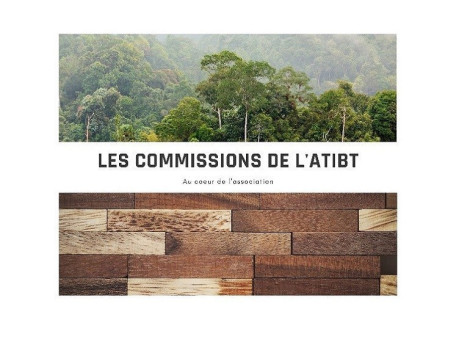 In this 4th publication, the newsletter addresses five themes, before presenting members' news and upcoming events.

Biodiversity credits designate a certified unit held by a country or a project for its contribution to the preservation of natural resources, in particular biodiversity.

From 29 August to 1 September 2022, Libreville hosted the African Climate Week, an event organised by the United Nations Climate Change Organisation. This event comes a few weeks before the COP27 on climate change scheduled to take place in Egypt in November 2022.

In the frame of the REDD+ Process, several programs have been designed in such a way that they give the monetary or in-kind compensation payments to a group of forest users rather than to individual users through the so-called “collective ESP”. (…)

In this framework, CIFOR led a study in Brazil, Indonesia and Peru on the impacts of three different strategies to contain the local free-rider problem perform in terms of performance: (i) internal, peer-to-peer monitoring, (ii) external sanctions by the Government and (iii) Community sanctions allowing participants to impose monetary sanctions on other members of the group at a cost to themselves, without any Government intervention.

The Nature website recently shared the results of an analysis published in Frontiers in Forests and Global Change on 24 March, that could enable scientists to improve their climate models, while helping governments to devise better conservation and climate strategies. This study shows that only two-third of the “cooling” power of the forest comes from their ability to suck in CO2 and store it. The other one-third comes from their ability to create clouds, humidify the air and release cooling chemicals that can react with other chemicals in the atmosphere to sometimes create a net cooling effect.

The Minister in Charge of Environment in Gabon, Lee White, expects to create 187 millions of Carbon credits and to sell around 90 million during the next COP27 in Egypt on November 2022. The Minister hope to sell these credits the price of 20$ per credit (twice the currently mean observed market price of 10$) justified by the Status of “High Forest Density / Low Deforestation “given to the country. This operation should represent a total amount surrounding 2 million USD.

The newsletter is available on request for ATIBT members.

Your contacts at the Carbon & Biodiversity commission :

UFA-REFOREST project: news of the first plantings!
back to the list
The first Fair&Precious films shot in 2022 are now available