ATIBT is pleased to share with its members, partners and readers the 7th edition of the “Nomenclature Générale des Bois Tropicaux”, in digital format.

The previously referenced nomenclatures are 9 in number, initiated in 1954, and the penultimate edition was published in 1982. Some of the first previous editions only covered Africa, America or Asia.

The edition we communicate here is the 7th complete edition, and was published in paper format in 2016.

As recalled in the introduction of the book, Since 1954, the ATIBT has established and updated a nomenclature of tropical woods corresponding each botanical species with an internationally recognized pilot name.

The ATIBT’s pilot name is the result of practical considerations, with the aim of getting rid of common names that may lead to confusion. It elects the name under which the wood is most commonly traded, either by the main exporting country or by the main importing country.

This approach is convenient for certain types of wood, of which the same species may have ten or even fifteen different names on a given territory according to different local dialects. This multiple naming may reach over a hundred common names if the species is located in a dozen States.

Fixing the pilot name of a timber specie is crucial, because its marketing is heavily connected to its adoption by the public. Pilot name protects the commercial denomination of the specie and guarantee the veracity of the properties linked to that specie without confusion.

The French Ministry of economy, finance and industry has given official recognition to ATIBT as the reference for the tropical timber nomenclature (NOR: PRMX0508285C of April 5th 2005). The 1982 version of the general timber nomenclature has finally been updated as some of the 1,750 identified species, are no longer traded, while others, which were not previously included, are now on the market. The present revision has also integrated changes related to new taxonomy in order to reflect scientific latest developments.

This document has been produced with the financial participation of FAO and AFD, of which it is legitimate to thank the following contributors who have actively participated to this collective work, notably Mr Claudon (ITTO), Détienne (ex-CTFT CIRAD), Doucet (GxABT), Groutel (WALE), Lebedys (FAO), Martin (ATIBT), Vernay (ex-CTFT CIRAD).

The present document has been also supported by CIRAD, ITTO, the FFEM, and the MAAF.

This Nomenclature has been used for the Harmonized System Codes, updated by the WCO.

The European Commission refers to ATIBT nomenclature as a reference document for the implementation of the EUTR regulation. 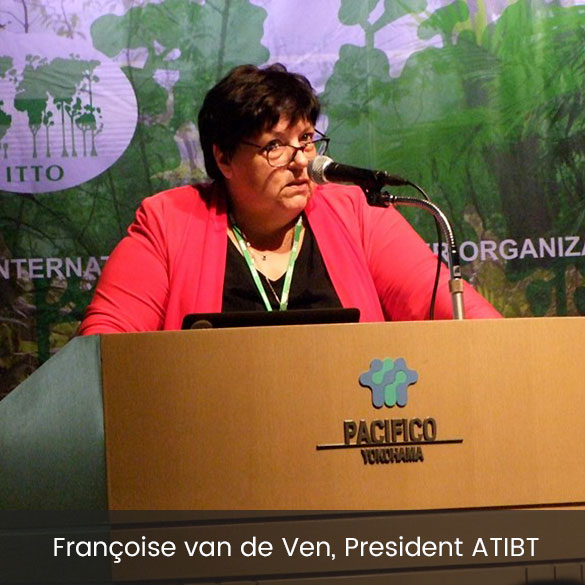